Wolves are delighted to confirm several new additions to the Academy backroom staff.

Wolves are delighted to confirm several new additions to the Academy backroom staff.

The hugely experienced Sean O’Driscoll is to join as a Professional Phase Coach, working primarily with Darren Ryan with the Under-18s squad, and former Aston Villa and England striker Darius Vassell is joining as a specialist forwards coach.

Scott Fry is coming in as a schoolboy goalkeeping coach to work under Aled Williams, and, next month, Leon Jackson will join full time as a youth phase coach responsible for the Under-13s and Under-14s.

Sean arrives with a wealth of experience in the game, having managed clubs including Bournemouth and Nottingham Forest, as well as England Under-19s, and working at Liverpool as assistant manager.

“Sean joins us as a Professional Phase coach, predominantly working with Darren (Ryan) with the Under-18s, but will also be involved with the Under-23s and younger schoolboy groups,” says Academy Manager Gareth Prosser.

“I am delighted for the players and the staff because his experience in the game over many years will add to the existing expertise that is already in place here.

“From being a manager at league clubs, to England Under-19s coach, assistant manager at Liverpool, Sean boasts so much valuable experience and is another excellent coach who can help all of our players in their journeys ahead.

“Because of the way the Academy works, Sean will also play a part within the younger schoolboy groups and coaches to continue the footballing philosophy that is already in place.

“We are always after the best people and the right people, and the fact that Sean was born and brought up in Wolverhampton is an additional bonus - he knows the club and staff well and has that affiliation.

“And, as he has told me, he wants to give something back.

Darius, born in Birmingham, enjoyed an impressive career as a striker, representing Aston Villa, Manchester City, Leicester City and Turkish side Ankaragucu, as well as scoring six goals from 22 appearances for England.

“Darius has been with us for about 12 months on a part time basis working with one of the schoolboy age groups,” said Gareth.

“In that time he has built up a good rapport and shown an excellent manner when working with the players.

“He is now joining us full-time as part of the Premier League’s BAME initiative looking to ensure that Black, Asian, Minority Ethnic Minority coaches are given sufficient opportunities within coaching.

“Darius will work as a forwards coach across the Academy age groups whilst also supporting a younger group as an age group coach.

“It is very much a new role to us, to bring in a specialist coach, but we are very excited about what Darius has to offer.”

“Again, it is some more great experience for our young players to be coached by someone who has played at the highest level both here and abroad, and also played many times for England.

“He can share his experiences with all the players, including the forwards during the specific sessions. He is another great addition to the staff.”

Scott Fry has already been working with Wolves on a part-time basis and now steps up to a full time role working with Aled Williams.

“Scott comes in as a schoolboy goalkeeping coach and enhances the goalkeeping vision that is in place,” adds Gareth.

“He has been with us for two seasons after joining from Walsall and has already worked with our schoolboy goalkeepers as well as Under-18s and Under-23s.

“He came through a tough interview process and is the right person for the role.”

Leon Jackson, not present for the photograph, is another who has already worked at the Academy on a part-time basis ahead of his full-time arrival next month.

“Leon, also joining under the BAME initiative, has already worked with us on a part-time basis for around seven years or so, and knows the philosophy of the Academy and the Wolves Way,” said Gareth.

“He will join us full-time in the middle of August as a Youth Phase coach responsible for the Under-13 and Under-14 age groups. 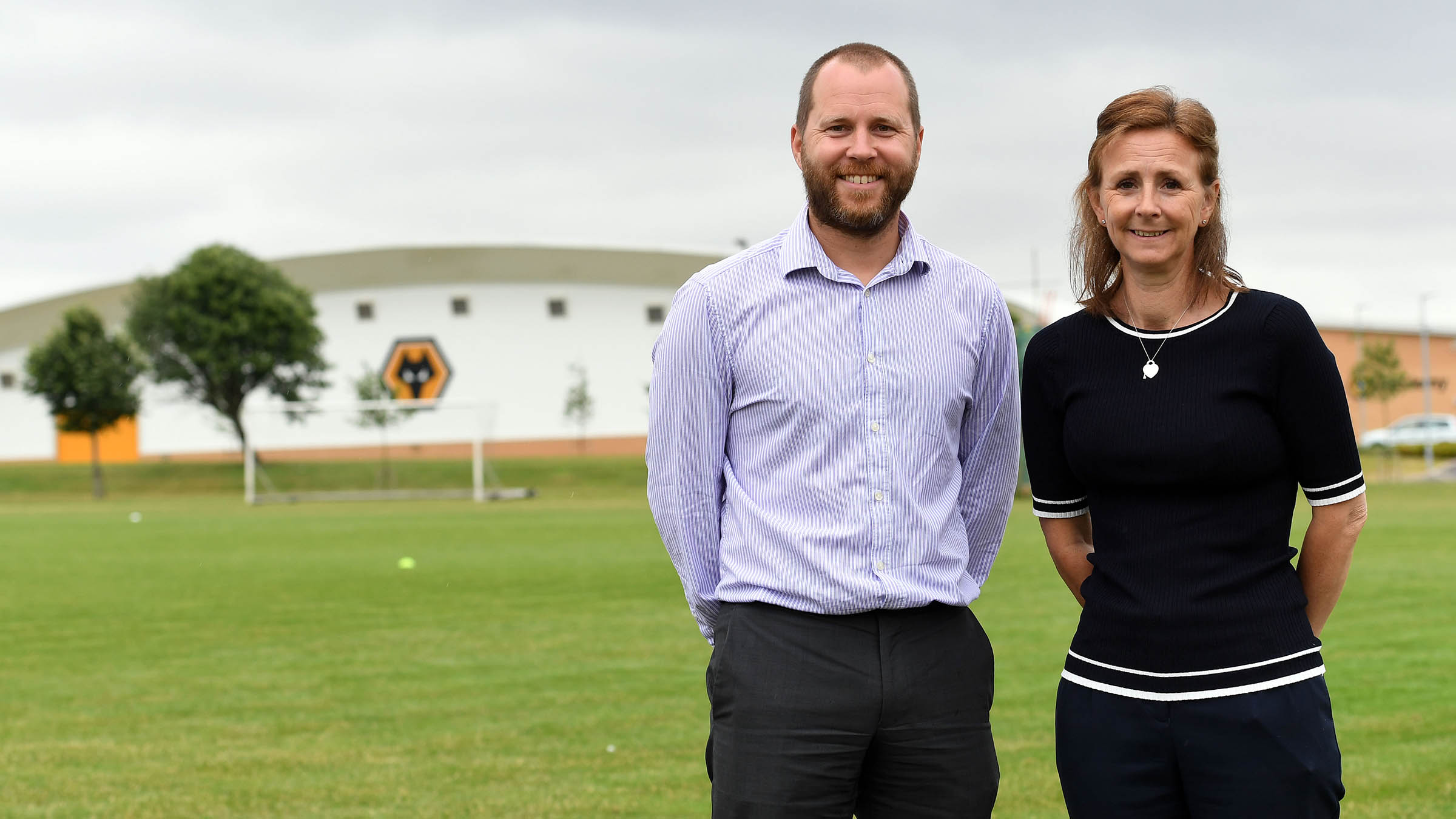 Meanwhile off the pitch there has been another new arrival with the appointment of Lisa Hollis as Academy Administrator.

“Lisa joins us from the British Triathlon Federation, and prior to this Lisa worked at the Football Association for a number of years,” adds Gareth.

“Lisa will join our Operations Team, which consists of Jennifer Rice (Operations Manager) and Phoebe Kendrick (Schoolboy Administrator) and will look after the U18 and 23 teams.

“Again, I am delighted that we have been able to recruit Lisa and with her experience and expertise.

“She will help to further develop the operations department and ensure the teams and players are organised off the field.

“I am delighted that these new staff are coming on board to enhance a very good programme to keep challenging us and moving us forward.”