Wolves vs Braga | 5 things to know

Wolves have qualified for major European competition for the first time in almost 40 years and welcome Braga to Molineux for their opening match in the 2019/20 Europa League. Here are five things to know ahead of Thursday night’s matchday 1 group game.

To make it into the Europa League group stages, Wolves have had to overcome three challenging qualifying ties. A trip to Belfast to take on Crusaders was followed up with a visit to the Armenian capital of Yerevan and a match with FC Pyunik. Avoiding those banana skins gave Wolves the opportunity to demonstrate how far they could go in the competition with victory over Serie A outfit Torino – winning both the home and away legs. Now in the main draw of the Europa League, Wolves are one of 48 sides currently vying for the title, and know that they will have to be at their very best to get a result against any of the teams they come up against, starting with Braga’s visit to Molineux on Thursday evening. 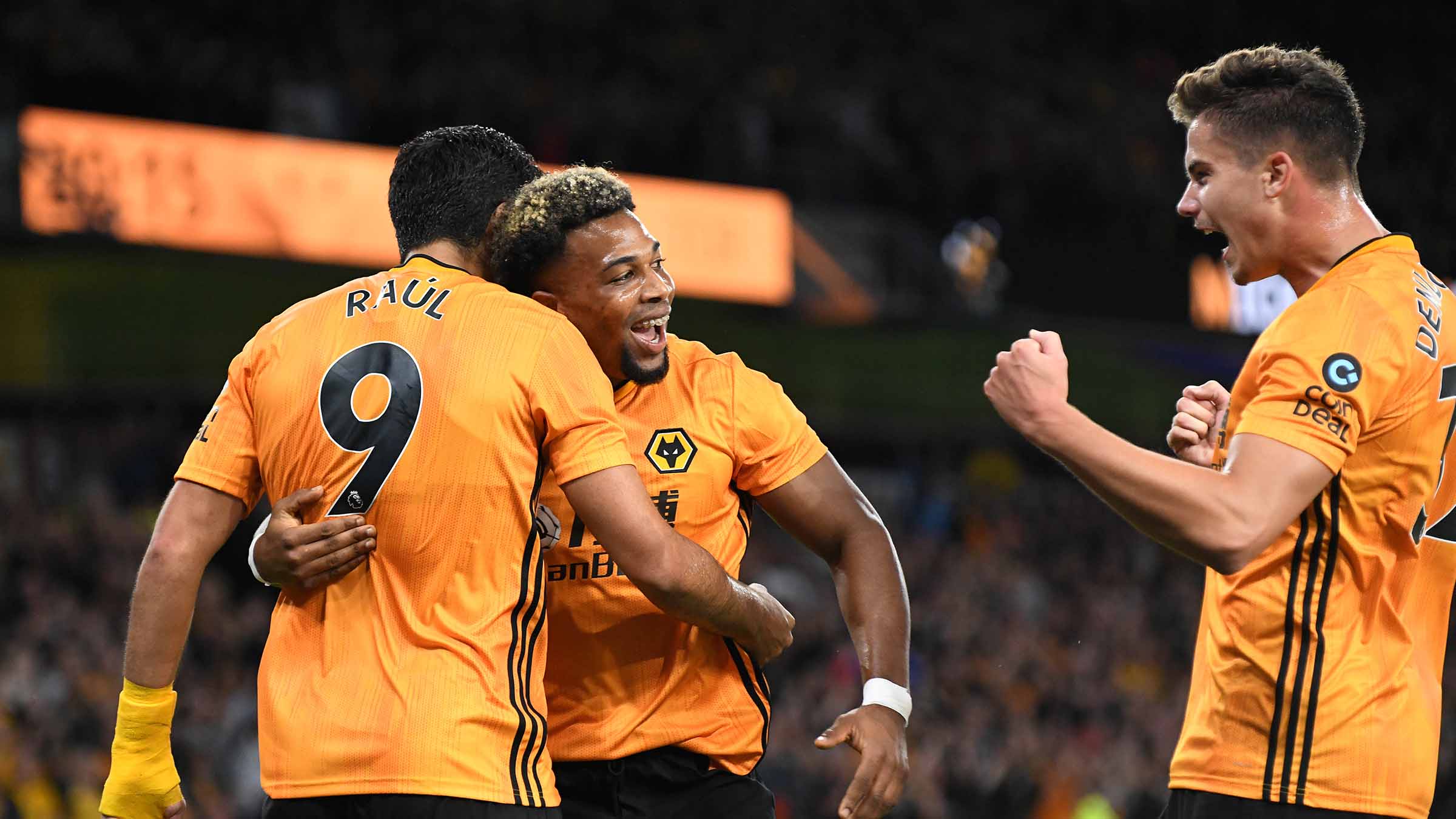 Many things have been said about Wolves’ link with the country Braga call their home, with seven members of the first-team squad, as well as head coach Nuno Espirito Santo being of Portuguese origin. However, it’s not just the current Wolves team which has a connection with Portugal but rather a historic one. In all three of Wolves’ UEFA Cup campaigns during the early 1970s, the Molineux side came up against Portuguese sides in each of the team’s first round matches. In 1971/72 – the first ever season of Europe’s secondary continental competition – Wolves overcame the challenge of Academica de Coimbra on the way to the final, before making it past Belenenses in their first game of the 1973/74 campaign. Wolves faced Portuguese opposition once again in their opening match of the 1974/75 UEFA Cup, however the team suffered a 5-4 defeat to Porto.

One of the leading scorers in Europa League qualifying this season has been Wolves’ number nine Raul Jimenez. The Mexican has struck six times in as many games for his side, despite playing an average of just 57 minutes in each of those fixtures. However, it’s not just been the striker who has been getting among the goals in Europe this season, Wolves have had nine different goalscorers make up the 19 goals the team have netted during qualifying. Alongside Jimenez, Diogo Jota has three qualifying goals, with Ruben Vinagre on two and Ryan Bennett, Leander Dendoncker, Ruben Neves, Morgan Gibbs-White, Pedro Neto and Matt Doherty have also contributed to the tally. New striker Patrick Cutrone, who arrived at Molineux in the summer from AC Milan, got off the mark in the Premier League against Chelsea on Saturday, so is also a threat in attack.

Wolves have an impressive defensive record in qualifying, conceding just four goals in their six Europa League matches so far this season, however, three of those goals came in the final two qualifying matches against Torino. Since the second leg of the play-off round, Wolves have played two Premier League matches and their opposition have netted eight times. Nuno was forced into changes to his backline against Chelsea, with Willy Boly suspended, but the Frenchman is back available for selection against one of his former teams. Following defeat at the weekend, Adama Traore said the team have been focusing on their defensive errors in the matches against Everton and Chelsea and working hard to make sure they don’t happen again.

One of the Wolves players who will be familiar to the opposition on Thursday night is Pedro Neto. The talented 19-year-old forward spent four seasons as a youngster coming up through the ranks at Braga, before scoring on his first-team debut for the side. Ahead of the match, Neto spoke to wolves.co.uk about what Wolves should expect from his former team.

Neto said: “It will be a tough game against a team with very good players who try to play very good football. The fans are amazing and support the team regardless of whether they are winning or losing, they are always supporting the team.

“Braga will always be a special club for me because it is the club of the city, and a club that supports the people with everything that they can.

“Francisco Trincao is a very good friend of mine. He plays with me now with the Portugal under-21s and was also with me when we were growing up at Braga. It will be great to meet up with him again here in Wolverhampton and will be very special for me to see him here. Obviously, I want to win so I can joke with him!” 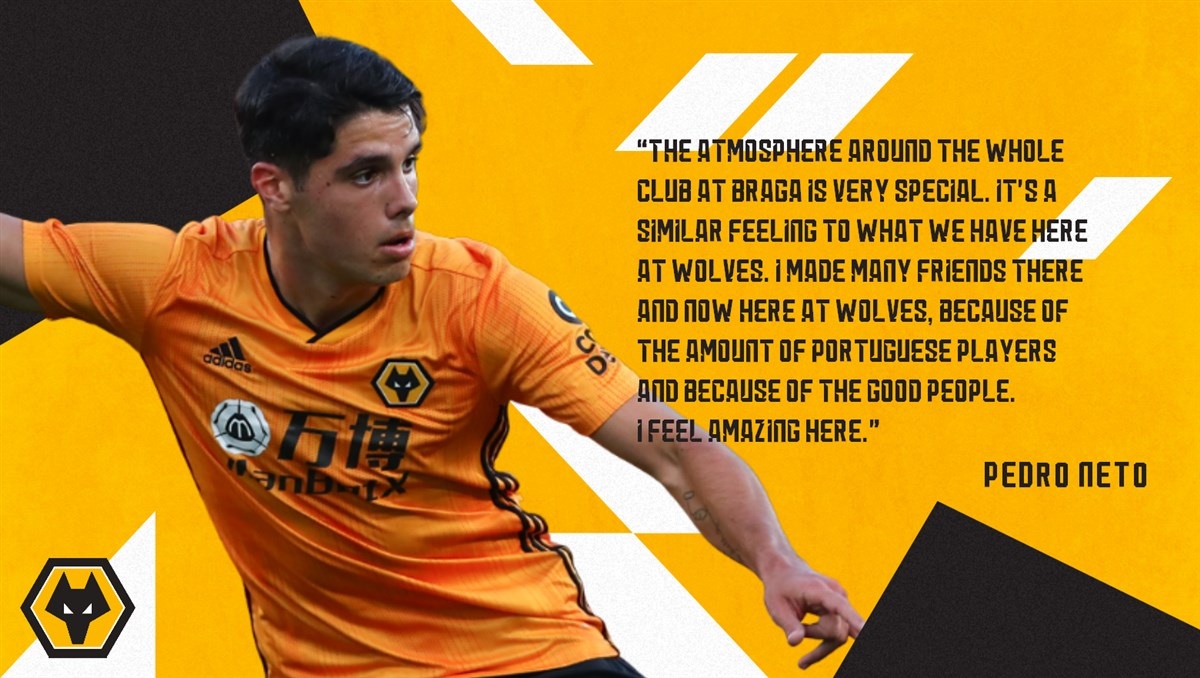 Pick up one of the last remaining tickets for Thursday’s match here.