Liverpool vs Wolves | 5 things to know

Wolves will finish a very successful 2018/19 Premier League season – their first back in the top flight for six years – at Anfield on Sunday afternoon, with the chance to have a huge say in the race for the title. Here are five things to look out for as Nuno Espirito Santo’s side take on Champions League finalists Liverpool.

1. TAKING FROM THE TOP SIX

In an unbelievable season at Molineux, Wolves confirmed their seventh-place finish in the Premier League with three points over Fulham last Saturday afternoon, becoming only the fifth promoted team to achieve that feat. With victory over Liverpool, Wolves will set a new club record for four consecutive Premier League wins - not since December 1971 and January 1972 have Wolves won four top-flight fixtures in a row. Although three points against Liverpool will be a challenge, you wouldn’t put it pas the side which have only lost three of their 11 Premier League matches this season against the current top six; winning four of those games, as well as knocking both Liverpool and Manchester United out of the FA Cup. Also, this is the first time the two sides have met in a competitive game at Anfield since 28th January 2017 for an FA Cup fourth round tie. On that day, Paul Lambert’s visitors won 2-1 with goals by Richard Stearman and Andreas Weimann, with Divock Origi scoring for the Reds. A win would also mark consecutive competitive away fixtures versus Liverpool for the first time since 1950, as well as consecutive competitive fixtures against the Reds since 1980. 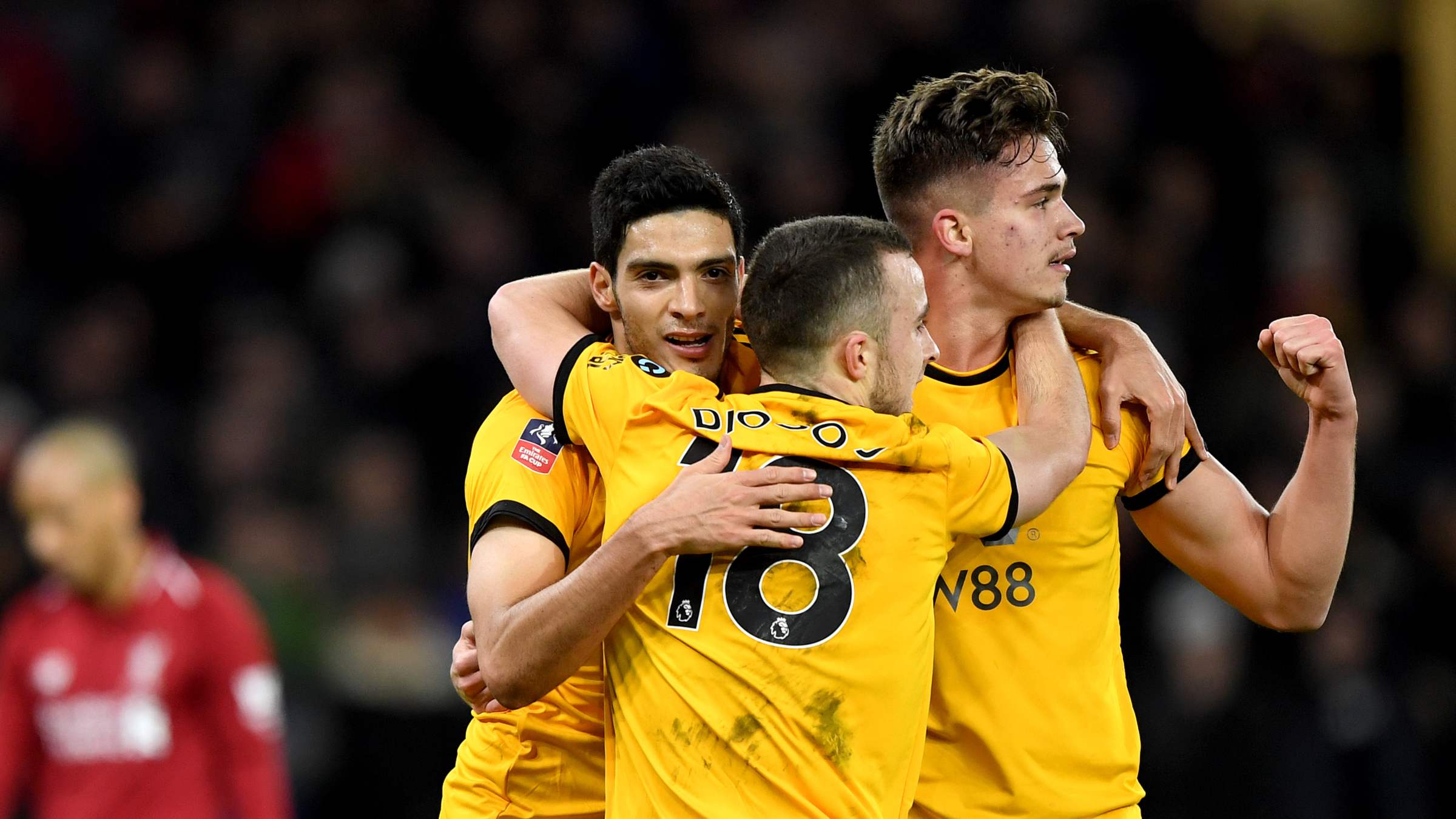 Liverpool will be high on confidence as they battle with Manchester City for the Premier League title this weekend – especially after their stunning comeback against Barcelona in the Champions League semi-final on Tuesday; knowing only victory against Wolves will do if the Reds were to secure their first top-flight trophy in 30 years. But Nuno’s men will not go down without a fight, with three points making his side only the second promoted club in history to finish a 38-match Premier League season with at least 60 points. However, if Liverpool were to win on Sunday, but still finish runners-up, they will break the record for the most points despite not winning a title in the top five European leagues, overtaken Real Madrid’s 96 points in the 2009/10 La Liga campaign, which put them three points behind Pep Guardiola’s Barcelona.

Jurgen Klopp’s side have been dominant at Anfield the last two seasons and are currently on a club Premier League record run of 39 consecutive home fixtures unbeaten since a 2-1 defeat against Crystal Palace on 23rd April 2017. They also have an outstanding record when they play their final game of the season at home, winning each of the last five. Liverpool have never lost their final Premier League match of a season when it has been at Anfield, winning 10 and drawing two, while the last time they lost their final top-flight fixture of a season at home was 1988/89, when they were beaten 2-0 by Arsenal. The Gunners needed to win that match by at least a two-goal margin to overtake the Reds and claim the title. However, Wolves could set their own records by taking down the Reds, winning consecutive Premier League away matches for just the second time, as well as winning consecutive top-flight away fixtures within a single season for the first time since April 1981. 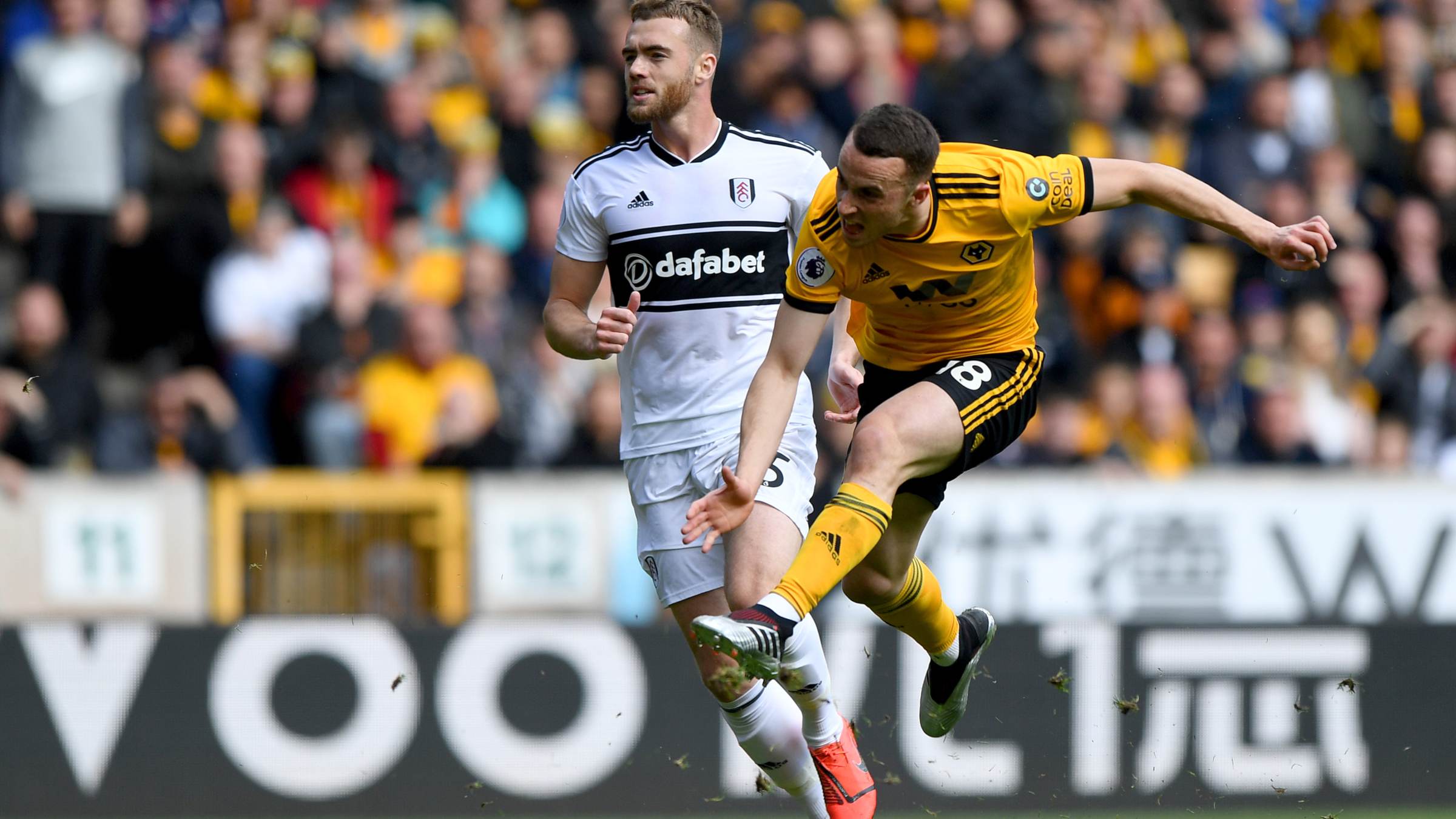 With a full squad of fit and healthy players to choose from for the final time this season, Nuno could name an unchanged starting 11 for the trip to Anfield on Sunday afternoon. If the head coach was to stick with the same side which secured a 1-0 win against Fulham at Molineux last weekend, it would mark the 15th time in this Premier League campaign that Wolves have gone into a game with the same team as the previous game, which no other side in the league has done so more often. But with a seventh place finished confirmed, Nuno could give starts to his players who have not played as much first-team football this season. However, flash back to the final game of last season – with the Championship title already sown up, Nuno made changes as his side lost to relegated Sunderland 3-0, so the head coach might not want a repeated performance to end this campaign.

With the Premier League title on the line, expect Jurgen Klopp to name the strongest possible Liverpool line-up he can for the visit of Wolves. The German coach was without Mohamed Salah for their Champions League clash with Barcelona on Tuesday night, while Andy Robertson was forced off at the interval of the semi-final with a calf problem. But Klopp confirmed in his pre-match press conference that both players will be fit to face Wolves. however, he will be without Roberto Firmino who has not been able to shake off a groin injury.

Wolves skipper Conor Coady, a boyhood Liverpool supporter who joined the club as a 12-year-old, will have mixed emotions on Sunday. On the one hand, he would love Liverpool to win the Premier League title, but knows he has to do all he can to win the game for his current side. As well as being a special day for Coady in returning to his former club, if the defender starts he can also become the second Wolves player to complete every minute of all 38 Premier League matches in a single campaign. Only Stephen Ward, who scored the goal to secure Wolves’ only previous Premier League victory over Liverpool at Anfield back in December 2010, has done this before, playing every minute of top-flight football in 2011/12. Speaking ahead of Sunday’s end of season clash, Coady said: “I grew up supporting Liverpool and I want them to win every week, except when they're playing Wolves.” 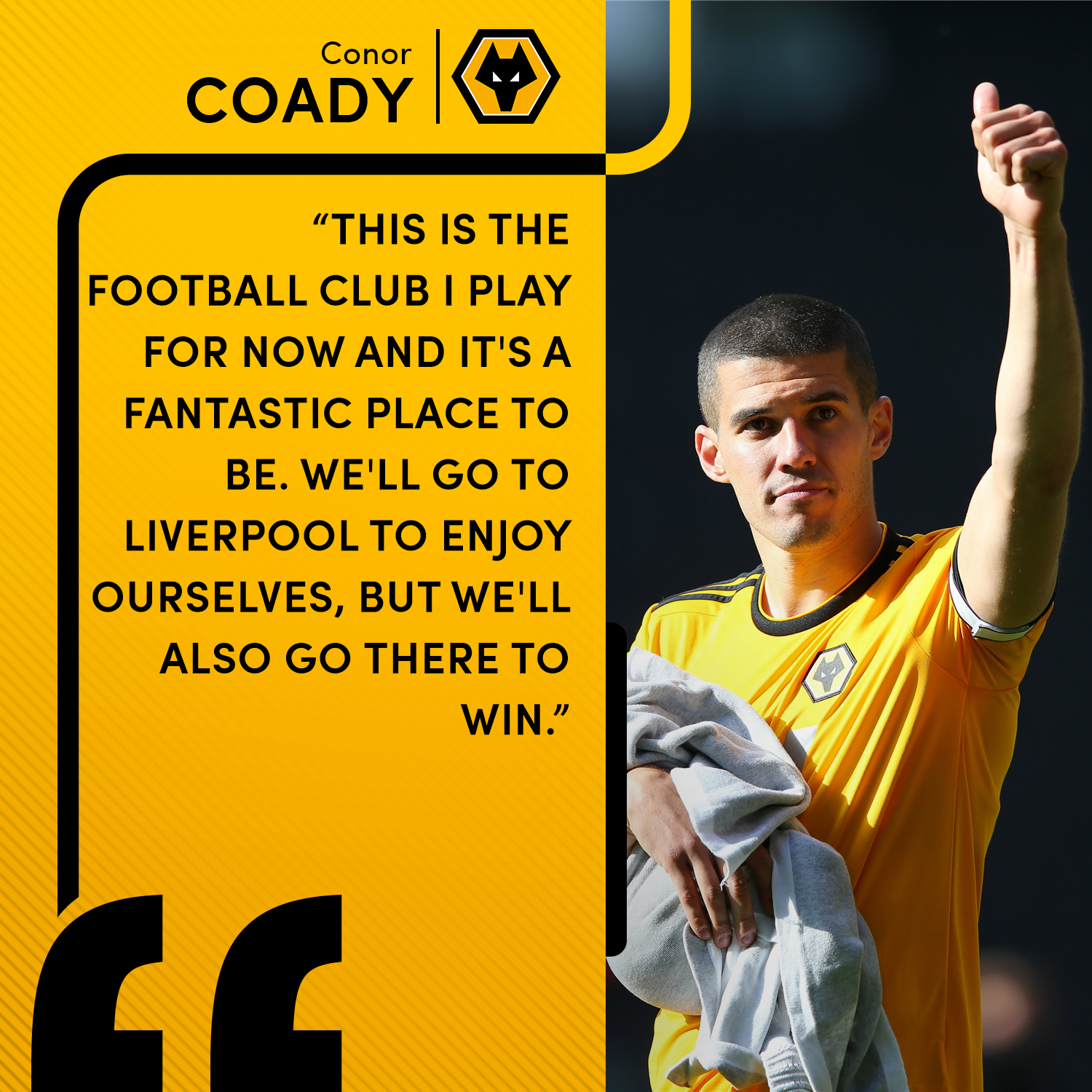