5 things to know | Brighton vs Wolves

2021 begins at the Amex Stadium for Nuno Espirito Santo and Wolves, who do battle with Brighton & Hove Albion on Saturday, and here are five things to know before kick-off.

Nuno will be making regular trips to his treatment room before Saturday, in the hope of some good news in terms of options on the south coast. Willy Boly and Leander Dendoncker joined Jonny and Raul Jimenez on the treatment table for recent Tottenham Hotspur and Manchester United games, and should either return, it would provide a huge boost at Brighton. Similarly, Marcal was absent at Old Trafford, and Nuno will hope for positive news on the Brazilian. The likes of Nelson Semedo, Daniel Podence and Fabio Silva started on the bench in Manchester, so come back into contention to start.

As for Brighton, they’ve been without the threat of Tariq Lamptey due to a hamstring problem recently, while Adam Lallana missed Tuesday’s defeat to Arsenal with a groin issue. Lallana was one of six changes by Graham Potter against the Gunners, with Ben White, Solly March, Leandro Trossard, Neal Maupay and Danny Welbeck all dropping to the bench. After the defeat, Potter must decide if to bring all five back in against Wolves. 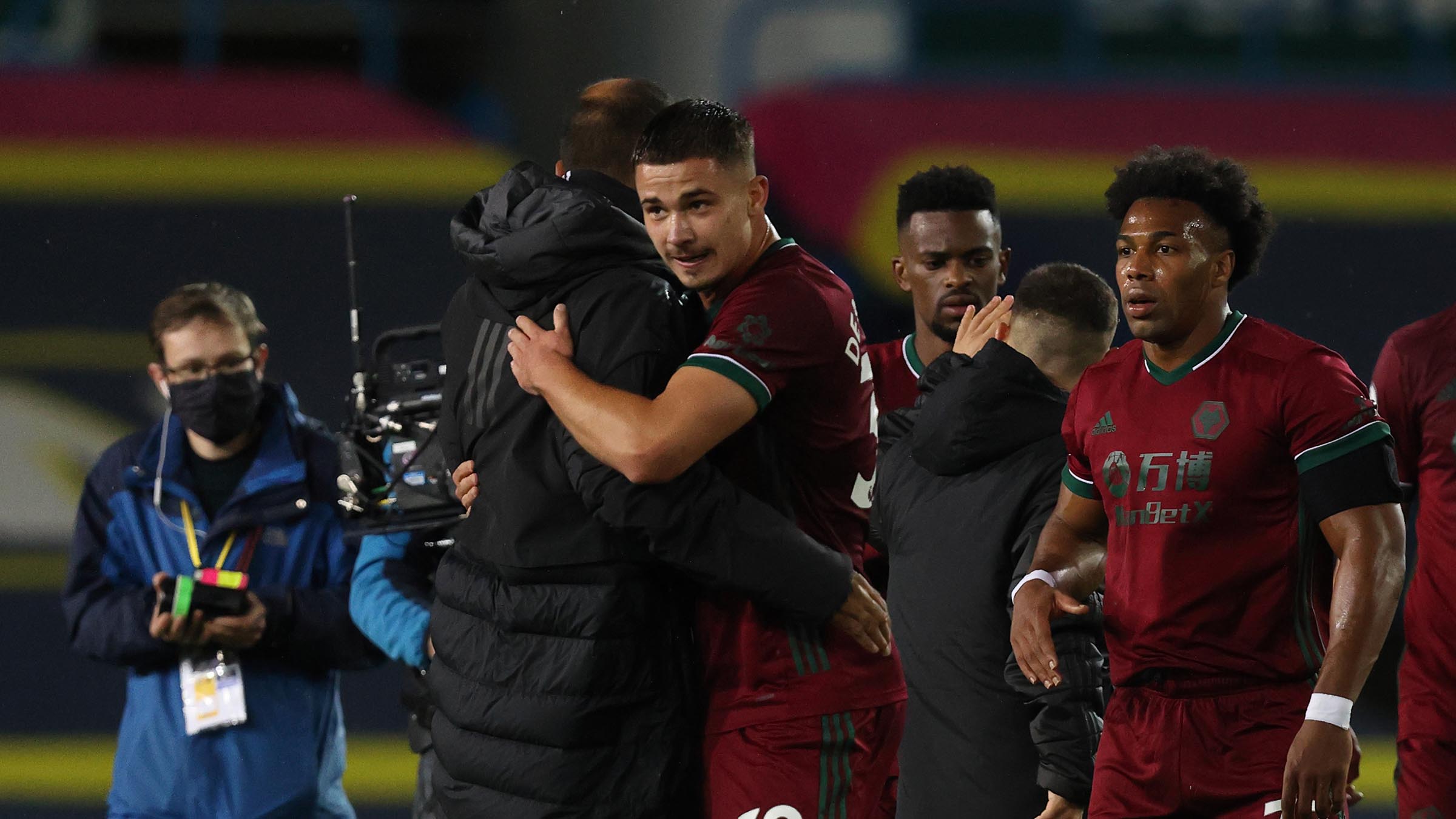 Since Wolves’ return to the Premier League in 2018, the Seagull have proved a bit of a bogey team, with Nuno Espirito Santo’s men failing to win any of the four meetings since. It’s not totally negative however, with three of those games ending in draws, including last time out at the Amex Stadium. Back in October 2018, Glenn Murray settled a tight encounter 1-0, before the two sides battled out a 0-0 draw at Molineux the following Easter.

The best of the four came at the Amex last season last December. Diogo Jota started and finished the scoring for Wolves, but with Maupay and Davy Propper scoring in between in a crazy first-half, the points would ultimately be shared. Then came the final game before lockdown back in the spring, when Wolves and Brighton once against couldn’t be separated, with the game finishing in stalemate. The old gold will hope it’s finally their time to shine on Saturday.

3. Food for thought at wing-back

Nuno’s team selection at Old Trafford looked very different from the one he started the season with, however, Wolves’ youthful side did themselves proud and those that came in will have done themselves no harm in the bid to win Nuno’s trust. Both wing-backs on Tuesday were teenagers, but Ki-Jana Hoever (18) and Rayan Ait-Nouri (19) were solid defensively and asked questions when delving in United’s final third. Ait-Nouri’s showing was reminiscent of his eye-catching debut over Crystal Palace, while for Hoever, the start was his first in Wolves colours, following a pair of bright substitute appearances.

With Marcal missing on Tuesday and Semedo rested on the bench, have either of the youngsters done enough to earn a second successive start at the Amex?

Proud to have made my first #PL start for @Wolves 🐺 We gave everything. pic.twitter.com/3Pu85PsmIA

Nuno has spoken about making Wolves less predictable this season and that’s been evident in the two post-Christmas fixtures where he’s not only changed personnel, but systems. 4-3-3 against Tottenham worked well, with Coady and Saiss as a duo shackling the dangers of Harry Kane and Heung-min Son impressively. At Old Trafford, the defenders were joined by Maximilian Kilman, however, unlike at Burnley recently, Coady operated on the right of the back three for the first time and Saiss in the middle. Again, that change worked, and Wolves kept United at bay for all but the crucial final minute, when luck deserted them with a heavy deflection.

At the other end of the pitch, Silva could return to provide a more regular focal point in the attack, but Nuno is also comfortable using any of Pedro Neto, Daniel Podence and Adama Traore in more central roles. It all equates to a difficult job for Brighton to guess who will feature, and in what shape, making Wolves much more unpredictable. 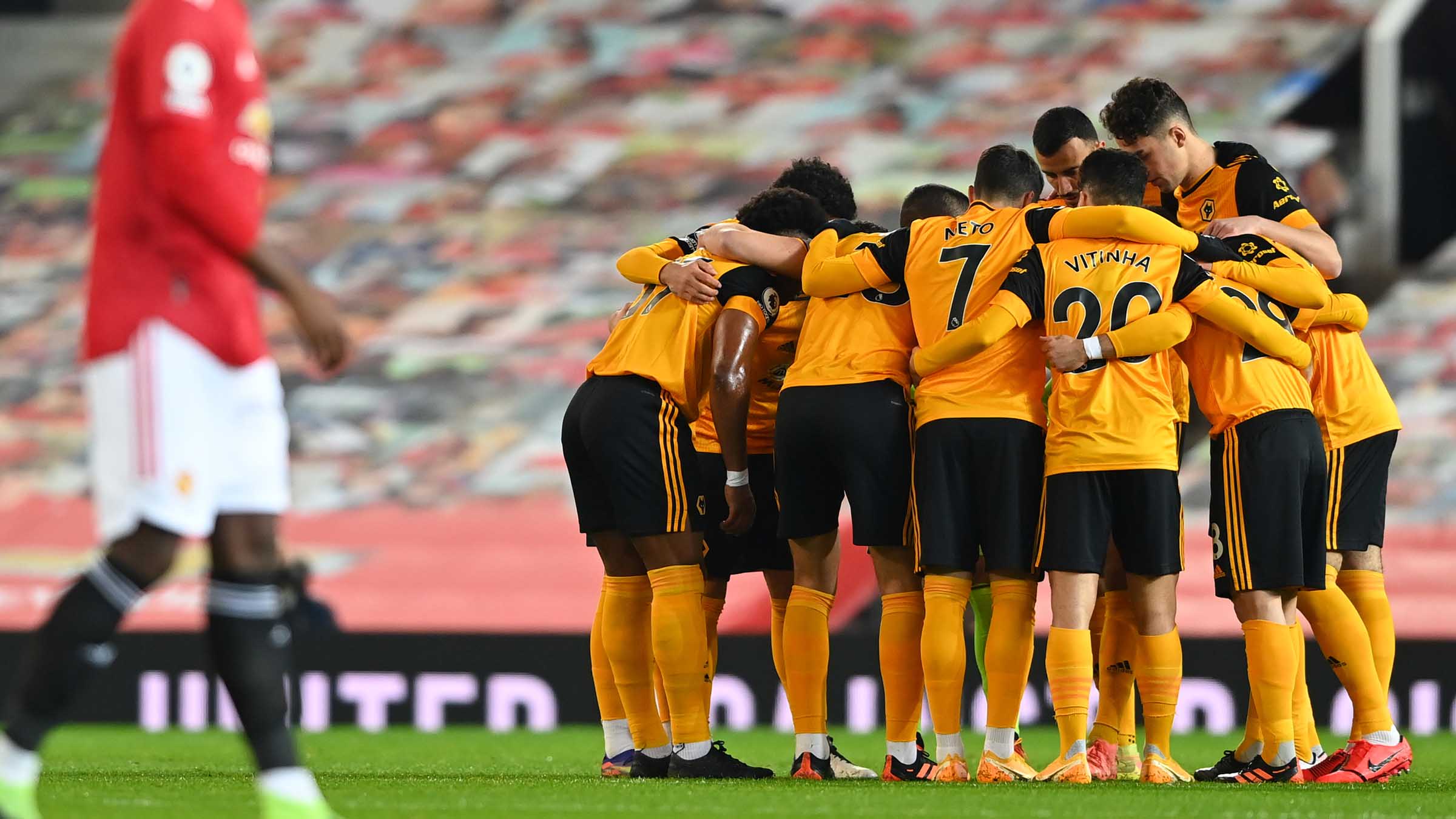 When Wolves step out on to the Amex pitch on Saturday, they’ll be opening a new chapter, as their 2021 campaign gets underway. During the previous calendar year, Wolves played 34 times in the Premier League, 18 in 2019/20 and 16 in 2020/21, and amassed a points total of 50. The second-half of last term, which took place either side of lockdown, saw Wolves win eight times and draw a further five, losing just five. This season, the victory number is six and draws three, meaning seven matches have been lost.

So, what will Wolves’ new year’s resolutions be? An immediate upturn in results will be the main area of focus, with Nuno Espirito Santo’s side winning just one match in the month of December, despite creditable performances in the majority of games. Goals from elsewhere will also be on the agenda, with the likes of Ruben Neves, Joao Moutinho and Adama Traore still looking to get off the mark for the season. Finally, the return of the clean sheet – regularly described as the start of everything. With no stop out in their last nine, this will be an area to improve for Nuno, who last saw his side keep a clean sheet against Crystal Palace back in October. What better way to get cracking on their new year’s resolutions than with a positive showing on the south coast?

“Everything has to be perfect to score a goal. Sometimes you finish the action very well and the goalkeeper makes a fantastic save and you think you have problems – just focus on the tasks, the lines of the ball and the final touch. That’s what we have to work on. We must improve on set pieces. Football has so many variations that we must find and improve.”