On the back of six consecutive victories, Wolves enter Saturday’s clash with Sunderland in good shape, looking to extend their lead at the top of the Championship.

Monday’s derby victory over Birmingham City displayed different facets of Wolves' game after the free-flowing football on display in recent home matches at Molineux. Leo Bonatini volleyed home his 12th goal of the season at St Andrew’s which put Nuno Espirito Santo’s men ten points clear of third place. Wolves have hit nine goals in their previous two Championship matches at Molineux and should Nuno’s side pick up maximum points against the Black Cats they’ll be certain to be top come 5pm.

The recent appointment of Chris Coleman has shown glimpses of lifting the mood around the Stadium of Light. The former Wales boss took over the Black Cats in November and oversaw a victory at Burton Albion not long after his arrival. That was the main bright spark however, with defeats coming to Aston Villa and most recently Reading last weekend. However, in Lewis Grabban they have a regular goals income, with his 11 so far this season bettered by only Leon Clarke and Bonatini.

To see how Wolves and Sunderland compare, see the head-to-head graphic below. 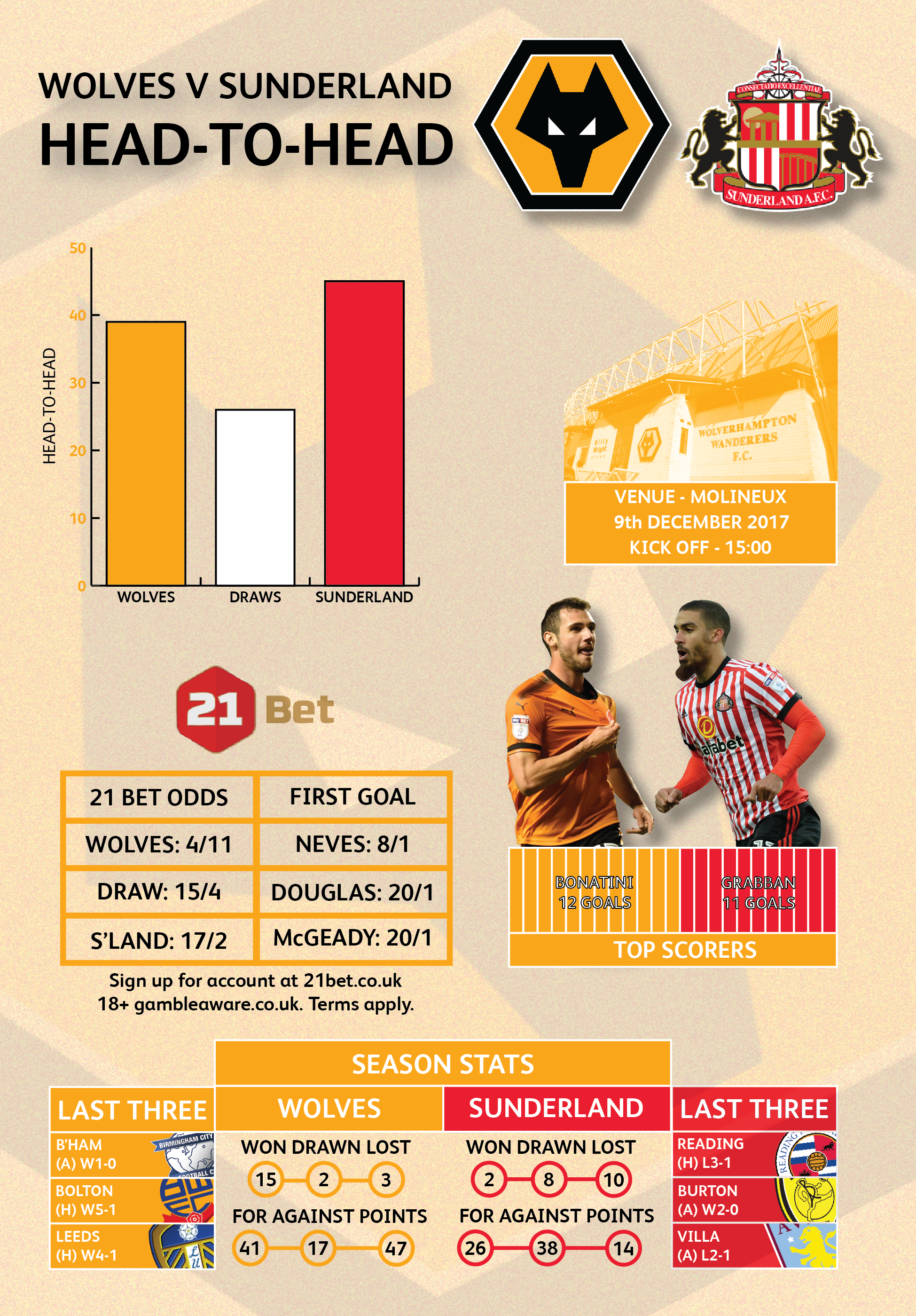 Put your Wolves and Sunderland knowledge to the test with the pre-match quiz below. 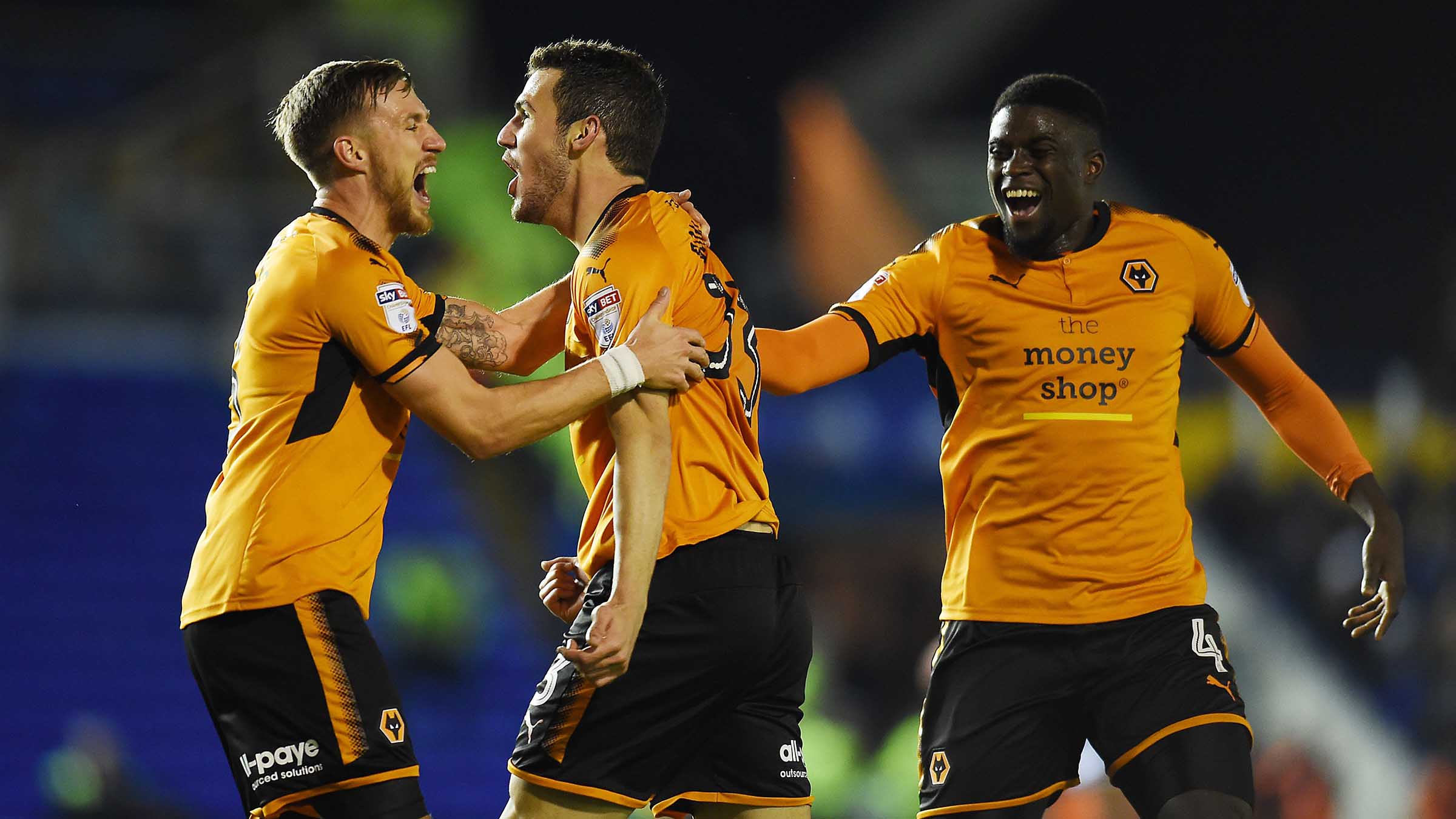