A barnstorming second-half performance by Wolves saw Nuno Espirito Santo’s side end the Europa League group stages on a high after Diogo Jota’s hat-trick helped the team to a 4-0 win over Besiktas. Here are five things we spotted from an eventful 45 minutes at Molineux.

With the game stuck at a 0-0 stalemate, the introduction of Diogo Jota on 56 minutes sparked the contest into life. 72 seconds after he stepped onto the pitch, Jota dived to head Pedro Neto’s cross into the back of the Besiktas net after great work by Patrick Cutrone and Neto to create an opportunity which seemed to be lost. Jota added a second just six minutes later when he reacted quickest to a Leander Dendoncker rocket which had been pushed onto the crossbar by Utku Yuvakuran. After Dendoncker headed in Wolves’ third on 67 minutes, Jota was on the scoresheet again just moments later to complete his 11-minute hat-trick, with the forward making the easiest of tap-ins following a great move down the right-hand side by Oskar Buur who found Jota unmarked at the back post.

2. A CHANGE WHICH CAUSED CHAOS

Nuno used the group curtain closer as an opportunity to hand out minutes to seven alternative members of his squad, but chances were few and far between either team in the first 45 minutes. Patrick Cutrone had the ball in the back of the net but was adjudged to have been in an offside position, before Ruben Neves fired high into the North Bank in what was a lacklustre opening half of football. The introduction of Jota also saw Wolves switch their formation, with the 5-3-2 which was utilised in the opening 55 minutes switch to the ever-reliable 3-4-3, with Cutrone being at the head of the attack, flanked by Jota on the left and Pedro Neto moving to the right. The change was instrumental in creating the first goal just seconds later with all three members of the newly formed attack linking to perfection, as Besiktas were too slow to react to the change in shape, leaving their defence outnumbered – and Jota unmarked – for Wolves to open the scoring.

Three shots, three goals. One of the greatest substitute performances many will have ever seen at Molineux. Thursday night was a perfect evening for Diogo Jota who appeared unstoppable, using the momentum of his two goals from Sunday afternoon against Brighton to cause havoc in the Besiktas defence and display a clinical masterclass in front of goal. His 11-minute burst saw the Portuguese international net the third fastest Europa League hat-trick in history, losing out on the record by just over one minute, but it was still the fastest three-goal haul in the competition since 2014. 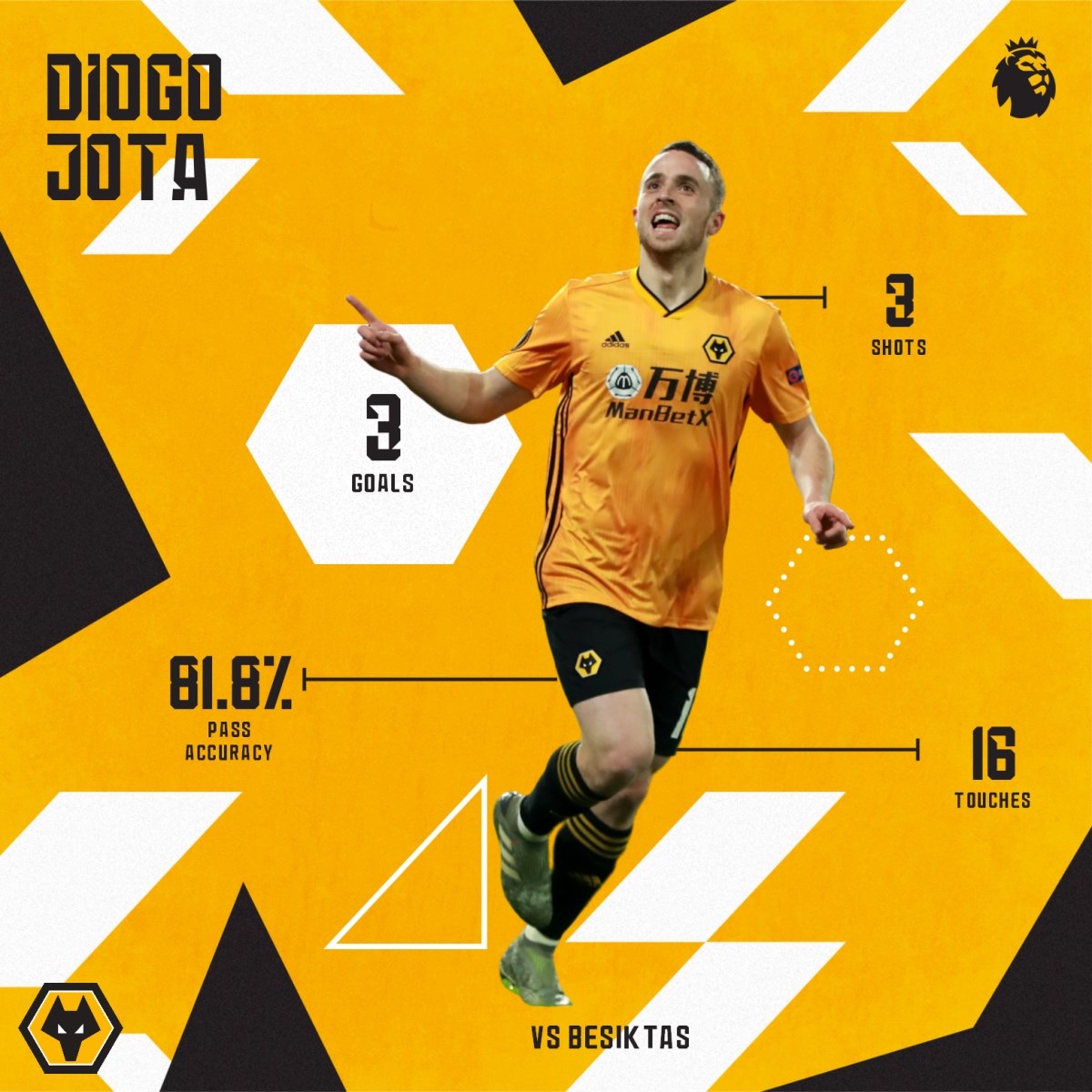 Among the seven changes Nuno made to his starting line-up on Thursday evening was the reintroduction of Oskar Buur at right wing-back. It has been 618 days between the 21-year-old’s second and third appearances for the Wolves first-team after making his senior bow back in 2017. The Danish youth international, who has been a regular member of the under-23s in recent seasons, made his first start for the senior side in September 2017 in a 1-0 EFL Cup win over Bristol Rovers. He then came off the bench to score within three minutes of his Championship debut in a 2-2 draw with Hull City in April 2018. 618 days later, Buur was back in the senior team, helping the team to victory over Besiktas, putting the ball on a plate for Diogo Jota to complete his hat-trick.

5. INTO THE KNOCKOUT STAGES

Although Wolves had already confirmed their place in the Europa League round of 32 ahead of Thursday night’s victory, Nuno’s side finished the group stages with the most points out of any of the group runners-ups, proving they will be the side that many of the seeded teams in Monday’s 12pm draw will want to avoid. As one of the unseeded teams, Wolves could face any of the Europa League group winners – with the exception of Manchester United and Arsenal – as well as Ajax, Inter Milan, Benfica or Red Bull Salzburg. Although excited to be in the hat for the next round, captain Conor Coady has no preference on the team his side will face in the last 32. 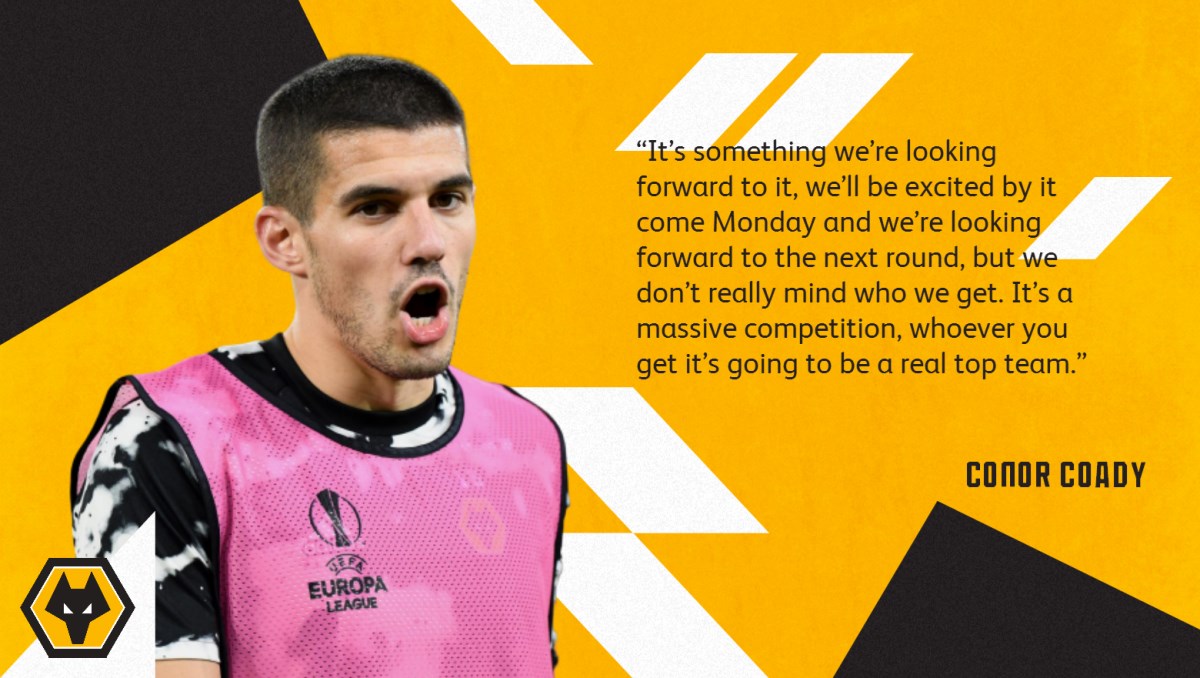