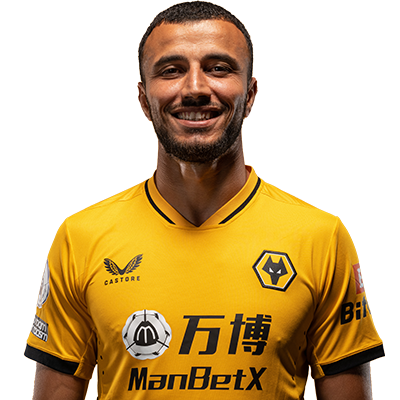 Capable of playing in defence or midfield, Romain Saiss has been a key member of the Wolves group since his arrival in 2016.

Saiss originally joined Wolves from Ligue 1 side Angers in August 2016 and has gone on to play more than 150 times for the old gold.

Previously Saiss had spent his entire career in France, initially with Valence, Clermont and Le Havre.

The Moroccan international then enjoyed a season at Angers, making 35 appearances, which earnt him a move to Wolves.

It was in his second season at Molineux where Saiss came to the fore alongside Ruben Neves, as Wolves earned promotion to the Premier League.

After representing Morocco at the 2018 World Cup, Saiss cast his hand on the top flight and played in a back three regularly under former head coach Nuno Espirito Santo.

Always a threat from set pieces, the Moroccan scored three times during the 2019/20 season, against Sheffield United, Tottenham Hotspur and Brighton & Hove Albion.