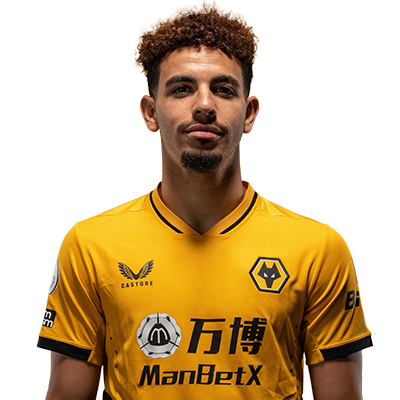 After a promising season-long loan at Molineux, Wolves signed Rayan Ait-Nouri on a permanent basis in July 2021.

The exciting 19-year-old, who has represented his country at under-21 level, first joined Angers in 2016, progressing from the youth set-up into the first-team squad during his first two years at the club, before making his league debut against champions Paris Saint-Germain.

During the 2019/20 season – his first full campaign in the senior squad – Aït-Nouri shone in the French top-flight as an attacking full-back, with two assists in his opening three fixtures and helping Angers to finish 11th in the league.

He began the current Ligue 1 season in similar fashion, setting up his side’s first goal in a 3-2 victory over Stade Brest.

The youngster has also featured on the international stage, earning 10 caps with France under-18s, as well as making two appearances for his country’s under-19 and under-21 sides.

In Wolves colours, Ait-Nouri celebrated the perfect debut with the opening goal in his new club's 2-0 win over Crystal Palace – one of 24 appearances the youngster made during his debut season.