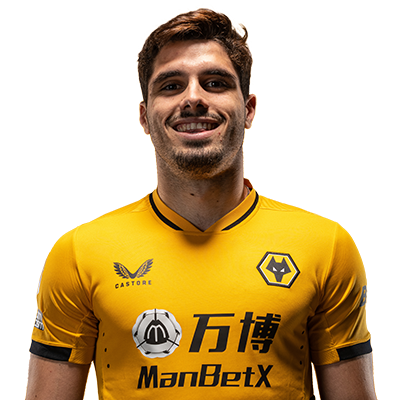 Pedro Neto quickly became one of Wolves’ most exciting talents after joining from Lazio in 2019.

The attacker, who can operate on either wing, and was voted the club’s 2020/21 Player of the Season by both supporters and his team mates.

Previously, Neto joined Braga’s youth system at the age of 13, before his ascent to the club’s senior side.

At just 17, the Portugal under-20 prospect scored his first professional goal minutes into his Primeira Liga debut to become Braga’s youngest ever scorer in the competition.

The youngster netted on his debut against FC Pyunik in the Europa League and made his Premier League bow off the bench soon after as Wolves drew with Manchester United.

Important goals against the likes of Southampton and Olympiacos help light up a fine first season at Molineux, which he bettered the following campaign.

Wolves’ star during 2020/21, Neto finished as the club’s join top scorer, three of which were crucial winners against Fulham, Chelsea and Southampton, before injury cut short his fine campaign.