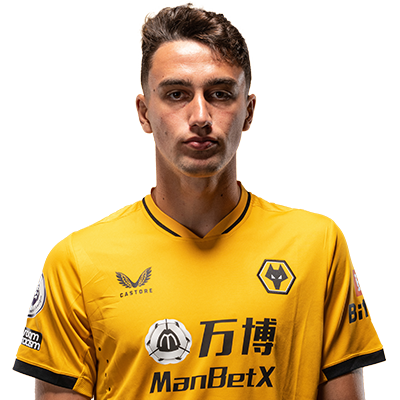 Maximilian Kilman provides a reliable option in the Wolves defence, having risen from non-league football.

The former England futsal player, who was part of the Fulham academy set-up, was playing for Maidenhead United at the start of the 2018/19 season when he was spotted by Wolves.

After switching black and white for gold and black, Kilman starred for Wolves under-23s in their title-winning Premier League 2 Division 2 campaign, scoring twice in his 21 appearances for the development side.

First-team opportunities soon arose, as did a Premier League debut on the penultimate day of the 2018/19 season, as he came off the bench against his former side Fulham.

Once a fully-fledged member of the first-team, Kilman made his full senior debut for Wolves in a 4–0 home win against FC Pyunik in the Europa League qualifying stages, before a first Premier League start came against Sheffield United in December 2019.

Opportunities were more frequent during the 2019/20 season, when he made 20 appearances in the Wolves back line.