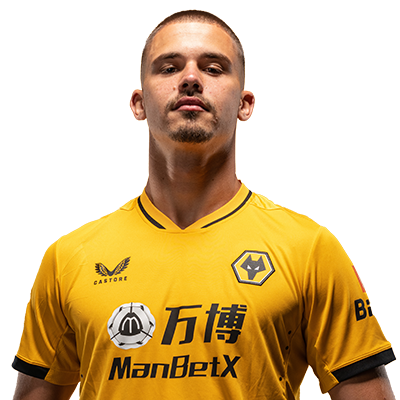 Leander Dendoncker brings both energy and versatility to the Wolves squad, which he has been an important part of since 2019.

The Belgian, who spent his first campaign at Molineux on loan, before the switch became permanent, hasn’t looked back since making his Premier League debut against Chelsea in December 2018.

The move to Molineux had come after Dendoncker was part of the Belgium squad which finished third at the World Cup during the summer.

The midfielder is a product of the Anderlecht youth system and went on to make 190 senior appearances for the club.

After making his debut in 2013, he played on the biggest stage in the Champions League and Europa League with the Belgian side, and won two Belgian Super Cups and First Division title.

After moving to Molineux, Dendoncker bided his time and by the winter of 2018 was a fixture, netting his first goal in English football at Everton in February 2019.

The reliable and high energy performances have continued from the Belgian, who netted the winner at Aston Villa in June 2020 and was an ever-present during the 2020/21 campaign.