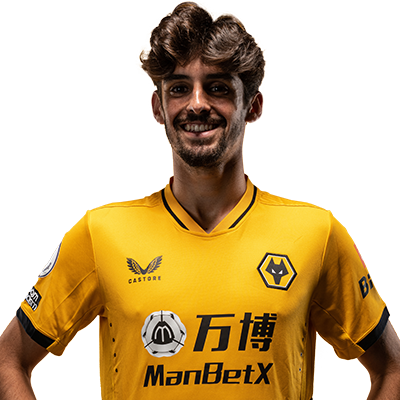 Francisco Trincao joined Wolves on a season-long loan from Barcelona in July 2021.

A full Portugal international, who could join Wolves permanently in the future, has played for his country alongside as many as five Wolves team mates and will now experience the Premier League for the first time.

Despite having youth on his side, Trincao brings European experience to Molineux, having played Europa League football at Braga and appeared in the Champions League at the Nou Camp.

It was at Braga where Trincao was unearthed, enjoying a journey into the first-team alongside Wolves’ Pedro Neto and scoring or assisting 22 goals in his 48 games for the Liga Nos club.

One of those appearances, and his European debut, came at Molineux, as a second-half substitute in the Europa League in September 2019, during a stunning season which catapulted the Portuguese onto the world stage.

A move to Spain followed, and wielded more than 40 appearances and three goals, as well as a first senior international call up, with Trincao playing five times alongside the likes of Joao Moutinho and Ruben Neves.