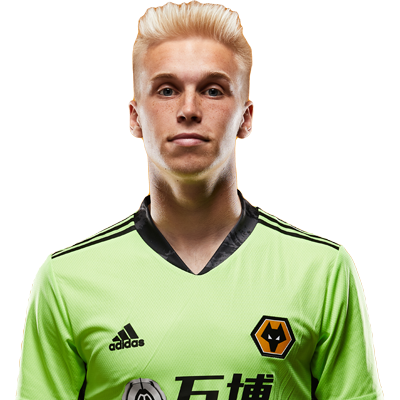 Andreas Sondergaard has established himself as Wolves under-23s’ first-choice goalkeeper since his arrival in January 2018 before regularly featuring in Nuno Espirito Santo’s first-team training on a day to day basis.

The Dane’s development has been impressive since his arrival in January 2018 from Odense Boldklub, where he’d progressed through the youth system.

A key part of Nuno’s support bubble from the Academy last season, the 19-year-old was handed a place on the bench for the Europa League clash with Besiktas at Molineux.

The impressive performances in first-team training and for the under-23s have continued this season, earning Sondergaard a new contract until 2023. He also has been given a permanent standing among the first-team squad, making his first appearance on a Premier League bench for Wolves' opening match of 2021 against Brighton & Hove Albion.