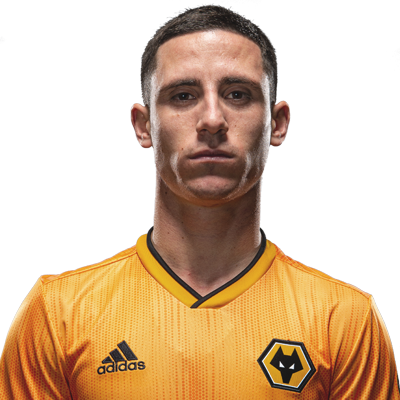 The 24-year-old can play on either flank and agreed a four-and-a-half-year deal at Molineux in the 2020 January transfer window.

Podence made 27 competitive appearances for the unbeaten Greek Super League leaders during the first half of the 2019/20 season and scored in the Champions League.

A product of the Sporting CP Academy system, which is responsible for Rui Patricio and Joao Moutinho, Podence enjoyed his breakthrough at the Lisbon club, having impressed for Sporting B.

The wide man, who can also play behind the striker, was handed his senior Sporting debut in December 2014 and made 40 appearances before heading to Greece 18 months ago.

Since then, Podence has continued his development with Olympiacos and been a key player for the Greek side flying high during the first half of this season.

In his 27 appearances, Podence claimed five goals and five assists, including a strike against Tottenham Hotspur in a 2-2 Champions League draw in the group stages.

At international level, the winger has played for five different youth levels for Portugal, including the under-21s with Ruben Neves and Diogo Jota back in 2017.