Wolves Women bounced back from their first league loss of the season with a dominant 3-0 victory against Loughborough Lightning.

Last week’s 3-0 loss away to Burnley was put behind them as Wolves returning to winning ways in a commanding fashion. A first-half goal from Amber Hughes and penalty from Anna Morphet was followed by a wonder strike in the second-half by Tammi George to keep Dan McNamara’s side top of the FA Women’s National League Northern Premier.

Wolves started well and Jade Cross looked to open the scoring early on when George won the ball deep inside the Loughborough half and slid a ball through to the striker inside the area, but as she steadied herself, her bobbling effort flew just over the crossbar.

Beth Merrick was next to test Kiya Webb in goal. After picking up a free-kick left on the edge of the area, Merrick eyed up the top left corner of the goal and curled an effort over the wall, but her shot flew just shy of the target.

Having pressured the goal for half an hour, Wolves finally got their rewards when Amber Hughes beat her marker to the ball inside the area and was taken down by a late tackle. Morphet stepped up and comfortably slotted into the bottom right corner.

However, Wolves weren’t finished in the first-half and doubled their lead with eight minutes to go. Lowri Walker worked some space out right and fed Cross up field. She lifted her head up and clipped a perfectly weighted ball into the path of Hughes who charged into the area and drilled a low shot across goal and into the corner.

The second-half began with Lightning on the front foot and Kelly Darby was called into early action, sliding to deny Emily Gunn a shot at goal after she found herself with space inside the area.

However, McNamara’s side were quick to regain control of the game and soon grabbed a third. Webb did well to keep a shot out from Cross, but her save reached the edge of the box where George was there to meet the ball, and with a quick control on the chest, she struck the ball on the half volley, looping over Webb and into the net.

Chances kept coming for Loughborough who had stepped it up a gear and Shan Turner was forced into two quick saves. Her initial save saw her palm an effort heading towards the near post out for a corner and the subsequential corner had Turner react quickly getting down low to deny a headed goal for Loughborough.

Unfortunately, Wolves ended the match with ten players after a high boot from Ali Miller saw her sent off by the referee. This did not stop the old gold pushing for a fourth, but despite their best efforts the three goals would accompany the three points that they took back to Wolverhampton. 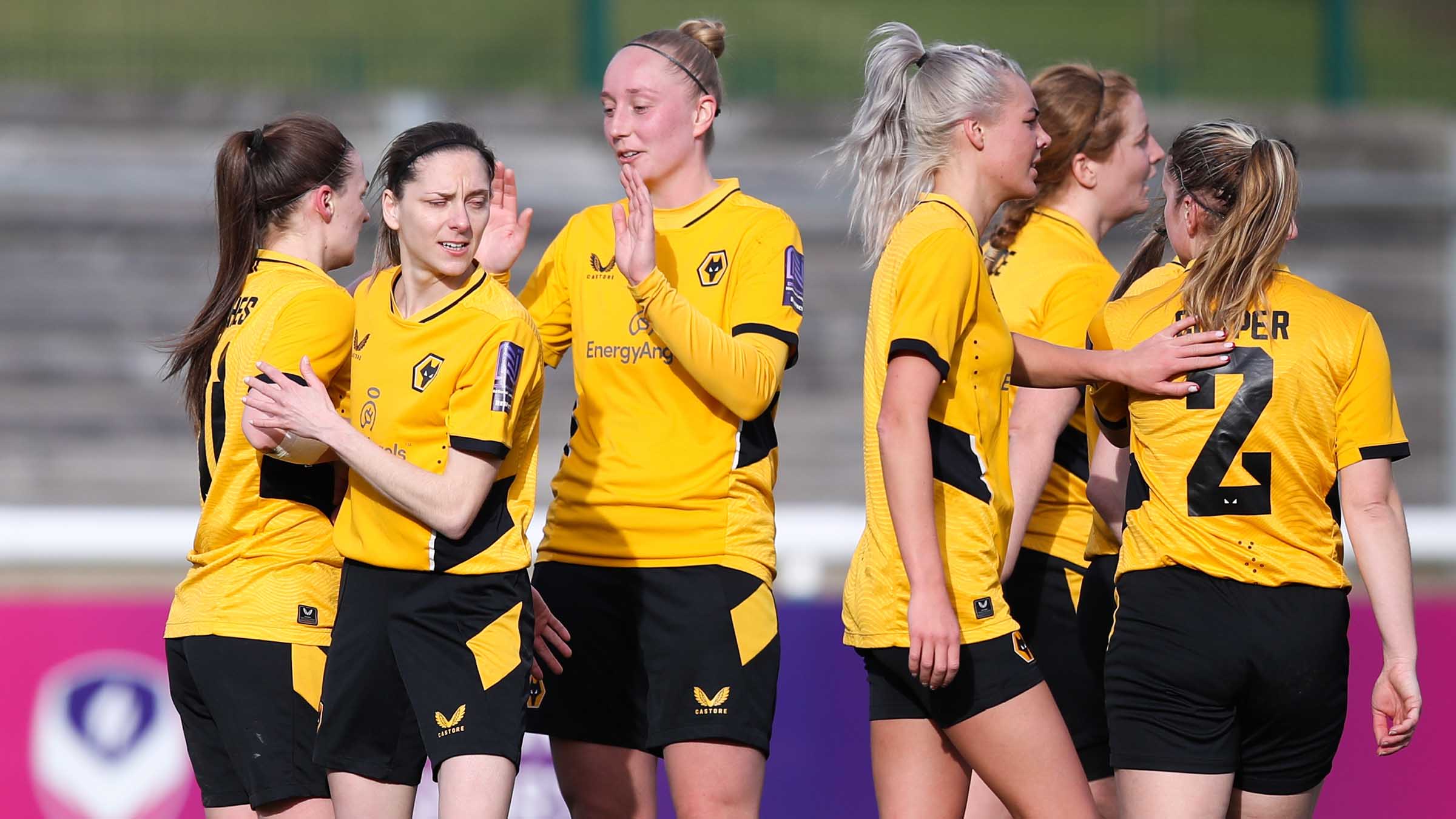 Head coach McNamara was pleased with his side’s performance claiming it was a professional one as they commanded the game from the first whistle, he said: “I thought the girls were excellent a really professional performance. Loughborough have been on a good run of games, they’ve been unbeaten in their last five, so to come here and keep a clean sheet and score three good goals I’m very pleased.”

On Walker making her first start since her injury

“Lowri [Walker] is like a new signing over the last few weeks. In training we’ve been really excited to see her back and she got her first start of the season today. I thought she was excellent, she really applied herself well, she showed good quality in certain moments and it’s all about getting minutes in Lowri’s legs now and getting her back up to the standard and the tempo we’re used to seeing her play at. I’m delighted she’s back on the pitch and in contention.”

On Hughes’ performance and keeping a clean sheet

“I thought Amber [Hughes] was fantastic today; she wasn’t just a goal scorer, I thought she created opportunities, she was a pain, she was a menace for their centre halves. Goals coming from all over the pitch is always a positive but, at the other end of the pitch as well we keep clean sheets. Shan’ [Turner] eleventh clean sheet of the season now, it’s an outstanding record, and she made a great save at the end to keep it. You can see the girls are passionate about keeping clean sheets and that’s what we want to see. We want to score goals, but we want to be difficult to break down, hard to beat and that’s what we saw today.”

“It’s a disappointing one for me if you look at the balance of the game. We’ll look back at it but it’s one of them which I’m disappointed with. If a couple of their players don’t get involved, then the referee might make a different decision, but he’s made his decision and we’ve got to deal with that now. Ali’s [Miller] disappointed and she’ll spend a little bit of time on the side, but you can’t take that out of her game. She plays with her heart on her sleeve and sometimes gets on the wrong end of some decisions, but it is what it is, and we’ll go again.” 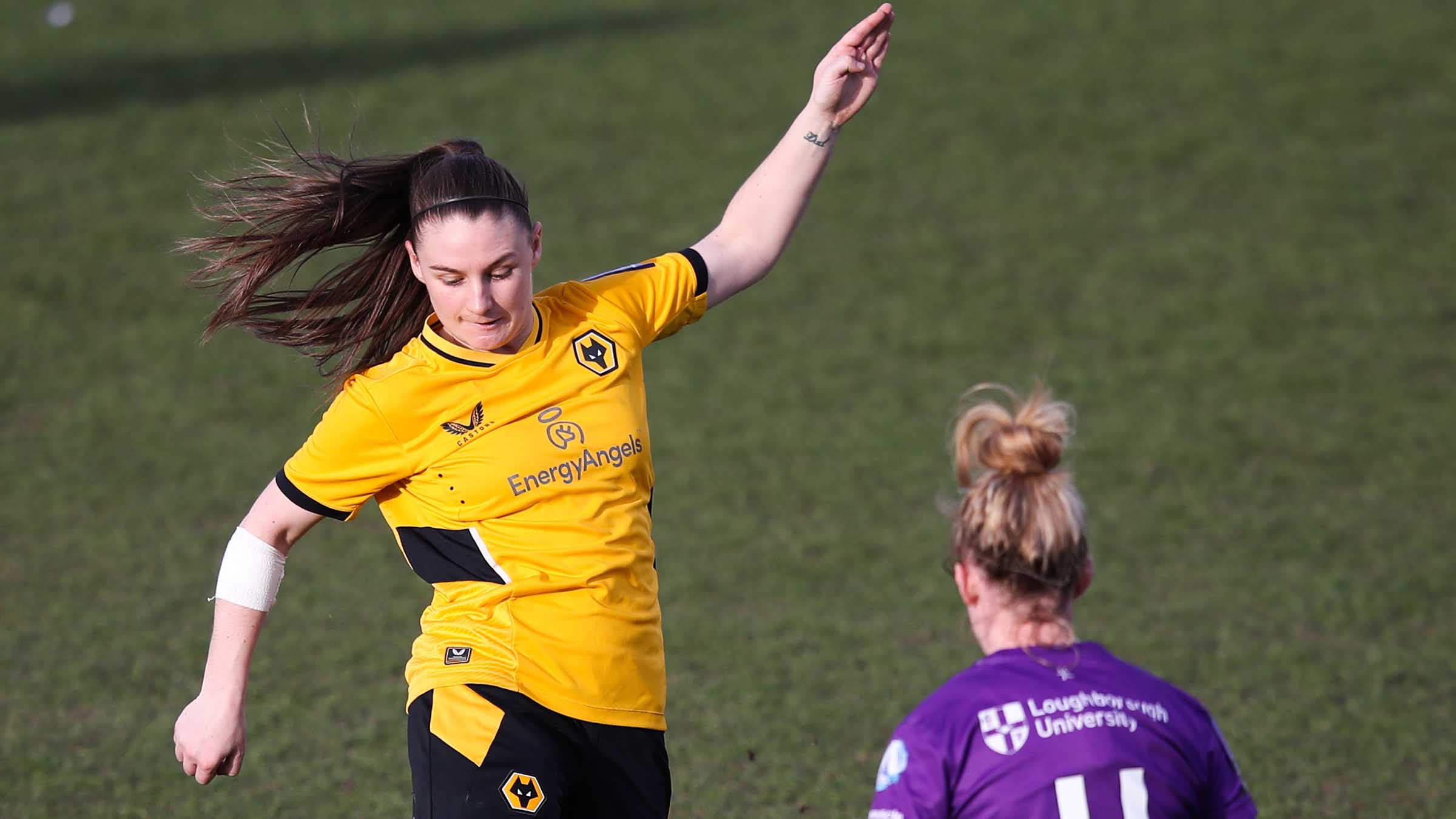 Wolves travel up north to face Middlesbrough next week which will be the first of three games in a week for McNamara and the girls. Ahead of the trip to North Yorkshire he commented on what they expect to face.

“Middlesborough have won again today, I think they give themselves a real good chance of staying up now. They’ve dragged a couple of teams about them back into it, so we’ve got to go up there a be very focused. We’ve got seven league games, seven cup finals left. We’ll get them training this week, get them working hard as the girls do week in week out and then we’ll look to travel up there and make things difficult for Middlesbrough.”