It didn’t take long for Wolves to bounce back from their FA Cup disappointment against Southampton, as just four days later the teams faced each other again in the Premier League, with Nuno Espirito Santo’s men coming out on top. Here’s five things we spotted from the win at St Mary’s.

1. COMEBACK ON THE SOUTH COAST

At half-time on Sunday lunchtime, many supporters of a gold and black persuasion might have been wondering what had gone wrong, with Wolves down by a goal and looking short of ideas. But it was a stunning start for the Saints who had taken the lead in the first period from an outstanding volley by Danny Ings who was delivered an inch-perfect cross from Stuart Armstrong, who had easily skipped between Nelson Semedo and Adama Traore. Despite being behind at the break at St Mary’s, Wolves should not be counted out.

In scenes not as dramatic as the previous time the sides went head to head on the south coast – remember 18th January last year – Wolves came from behind once more. On that day last season, Wolves were two goals down at half-time before Pedro Neto and a brace from Raul Jimenez secured the win for the old gold. This time, Neto was instrumental once again, as he produced the goods after Ruben Neves had equalised from the spot, to seal another memorable comeback - their first Premier League win on the road since beating Arsenal at the Emirates back in November.

If any fans should not judge a performance at half-time, it’s Wolves supporters. Time and time again their side are able to pull back a game when they are behind at the break, and the stats back that up. Since the start of the 2018/19 season when Nuno’s men were promoted back to the top-flight, Wolves have won 10 Premier League matches after going behind, the third-most of any side after Liverpool’s 14 and Manchester United’s 12.

Southampton have also led in each of their past four Premier League matches against Wolves, but have ended up not winning any of them, losing two and drawing two – including earlier this season as Neto snatched a point after Theo Walcott had put Saints ahead. But that shouldn’t be a surprise to anyone, as Wolves have not opened the scoring in any of their past 14 Premier League games, only Manchester City in 1995 – 16 games – have gone on a longer run without scoring first in a match.

Sunday was another memorable afternoon in the history of Nuno’s tenure in charge of the club, with the game being his 100th Premier League match at the helm. Having guided the team to the Premier League at the first time of asking, Nuno has overseen the club’s best ever seasons in the competition thanks to two seventh place finishes in 2018/19 and 2019/20.

The head coach also holds the highest win percentage of any Wolves manager in history, having taken victory in 51 per cent of his games in charge. During his time in the Premier League, Nuno has utilised 35 players in his Wolves team, but do you think you can name them all? Take the latest Wolves Trivia quiz by clicking here, or on the photo below. 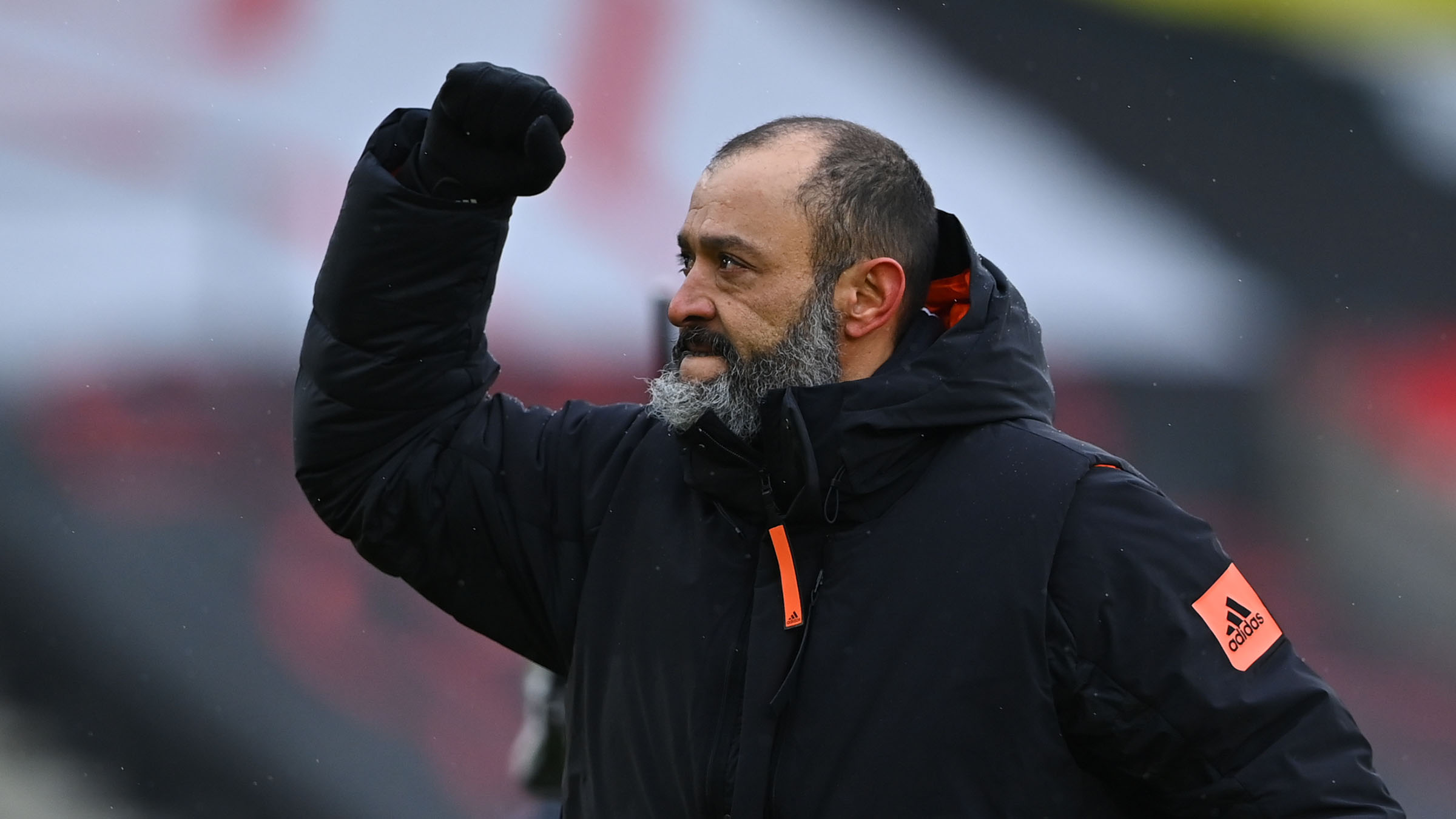 Many pundits in recent weeks have said the same thing about Nuno’s side: ‘Stop Neto and you stop Wolves’, and Southampton probably should have taken that advice if they had wanted to avoid Sunday’s second-half turnaround. The Portuguese under-21 international was a menace for the Saints defenders having switched with Adama Traore from the left wing over onto the right. Being moved onto the opposite side so he was able to use his pace and skilful trickery to get around Jannik Vestergaard, and cut inside onto his trusty left foot to curl an unstoppable shot into the far corner was something of a tactical masterstroke.

With that finish, Neto has now been directly involved in nine Premier League goals for Wolves this season, with five goals and four assists to his name, putting him at the top of any under-21 player in the competition this season. Neto quickly adapted to the side having moved to the West Midlands at the start of last season, with many believing that the squad’s large Portuguese contingent helped, and that was backed up with the stat that Portuguese players have now scored more Premier League goals for Wolves than players from any other nation, with Neto’s winner taking the record from Englishmen. 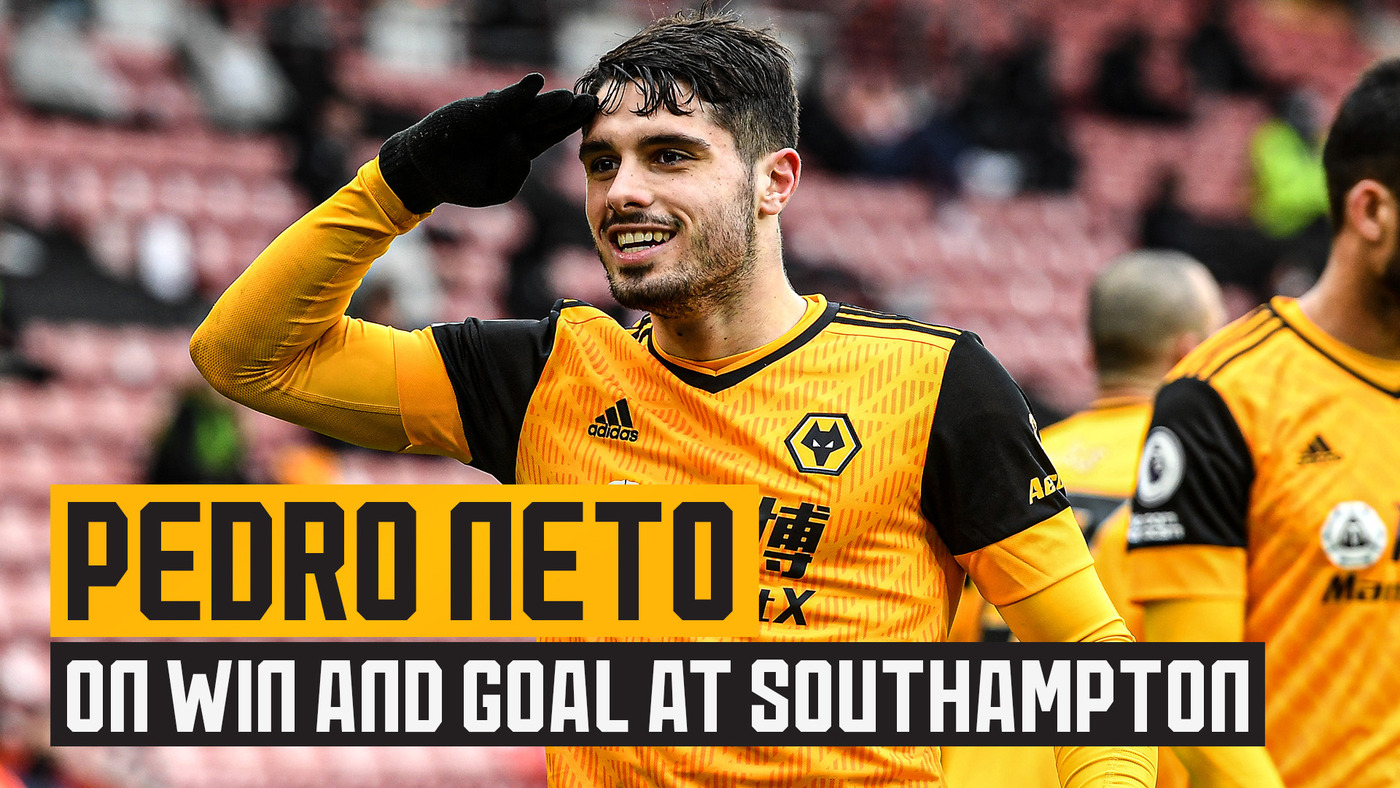 One of the Portuguese contingent to have not scored for Wolves – yet! – but has certainly done more than his fair share in saving them up the other end of the pitch is Rui Patricio, who celebrated his 33rd birthday in style at the weekend. Portugal’s number one had one his best performances of the season to deny Southampton otherwise certain goals.

Making his 99th Premier League start for Wolves, having only missed the win over Cardiff City back in 2018/19 in which John Ruddy deputised, Patricio got down well and put in a strong hand to keep out Takumi Minamino before being at full stretch to push a Nathan Remond shot around the post in the first-half. Although there was nothing he could do to stop Ings’ opener, Patricio continued at his best in the second period, as he made a great double stop to firstly deny James Ward-Prowse from the edge of the box before getting up quickly to block Che Adams’ point-blank effort from the rebound, to cap off a very happy birthday.