Wolves sealed their passage into the Europa League play-off round and a tie with Serie A side Torino following a record-breaking win over FC Pyunik. Here are five things we noticed as European football returned to Molineux.

By scoring four second-half goals against the men from Yerevan, Nuno Espirito Santo’s side secured an eight-goal aggregate victory over Pyunik, and in the process wrapped up Wolves’ highest ever aggregate win in the club’s European history. Before Thursday night, Wolves’ previous best in a European tie was by six goals – in the first and second rounds of the UEFA Cup of 1971/72 when Wolves beat both Academica of Portugal and Dutch side Den Haag 7-1 on aggregate. It is also the first time Wolves have won two consecutive European fixtures since that same season, in a campaign where the old gold went all the way to the inaugural UEFA Cup final. 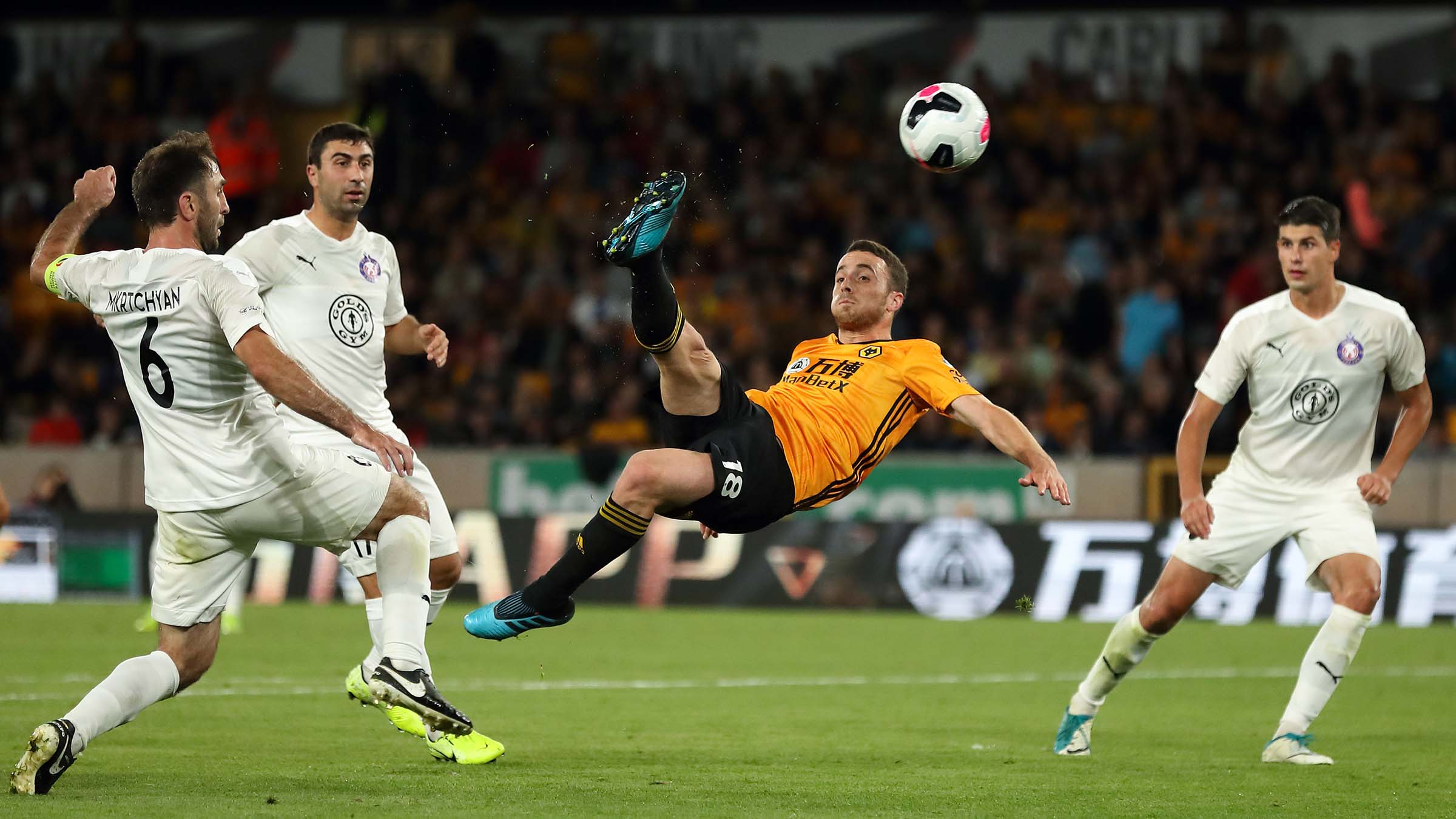 Although he usually likes to stick with a consistent line-up from game to game, Nuno rang the changes for the visit of Pyunik. The head coach made nine alterations to the side which had to settle for a point against Leicester City in the Premier League on Sunday, with John Ruddy, Adama Traore, Ruben Vinagre, Romain Saiss and Morgan Gibbs-White coming into the line-up, while Jesus Vallejo, Maximilian Kilman, Pedro Neto and Patrick Cutrone were starting their first game in a gold and black shirt. Only captain Conor Coady and Joao Moutinho remained from last Sunday’s team.

With the changes Nuno made, it gave supporters a chance to see some of the new faces who were brought into the club during the summer. Defender Vallejo and strike partners Neto and Cutrone all had games to remember in their first outings at Molineux, while Kilman – who played less than a minute in the final Premier League game at home last season – was handed his first start for the senior side after being a regular in the defence of the under-23s’ 2018/19 title-winning campaign. Cutrone was unlucky to not open his account for Wolves, while Neto had a dream debut, scoring his first goal for the club to get the scoring underway, before adding an assist to his tally as his dangerous cross into the box was knocked into the back of the net by Gibbs-White to double Wolves’ advantage on the night.

Thanks to Nuno’s changes for the Pyunik clash, it gave Romain Saiss the chance to return to the anchor role of the midfield three. In starting the Europa League third qualifying round tie, the Moroccan international made his 100th appearance for Wolves following his move from Angers three seasons ago. Saiss’ first game in gold and black came all the way back in August 2016 when he started a 2-0 Championship win against Newcastle United in the Championship. In his 100 appearances, the 29-year-old has scored six times – four in Nuno’s first season at Wolves as the club secured promotion to the Premier League before netting twice in the top-flight last season. Two of his six goals have come on the previous two Boxing Days, with Saiss scoring against both Millwall and Fulham on 26th December.

5. MORGAN OFF THE MARK

Getting Wolves’ second of the night against the team from Armenia, Morgan Gibbs-White scored his first senior competitive goal for the club he joined as an eight-year-old. The midfielder has spent the last 11 years of his young life growing up in the Academy, progressing through all the age groups to make his senior bow in 2017. The Stafford-born graduate netted for the senior side during the Asia Trophy pre-season tour of China, but his Pyunik goal got him off the mark in competitive football.

After scoring on Thursday night, the 19-year-old said: “I’ve been waiting too long! But I’m happy it’s here now and I’m happy the boys got the 4-0 win.

“My teammates have been dying for me to score. Every day they’re saying: ‘come on Morgan, when’s this goal coming?’ And luckily enough tonight I got the goal in front of the Molineux stadium crowd.” 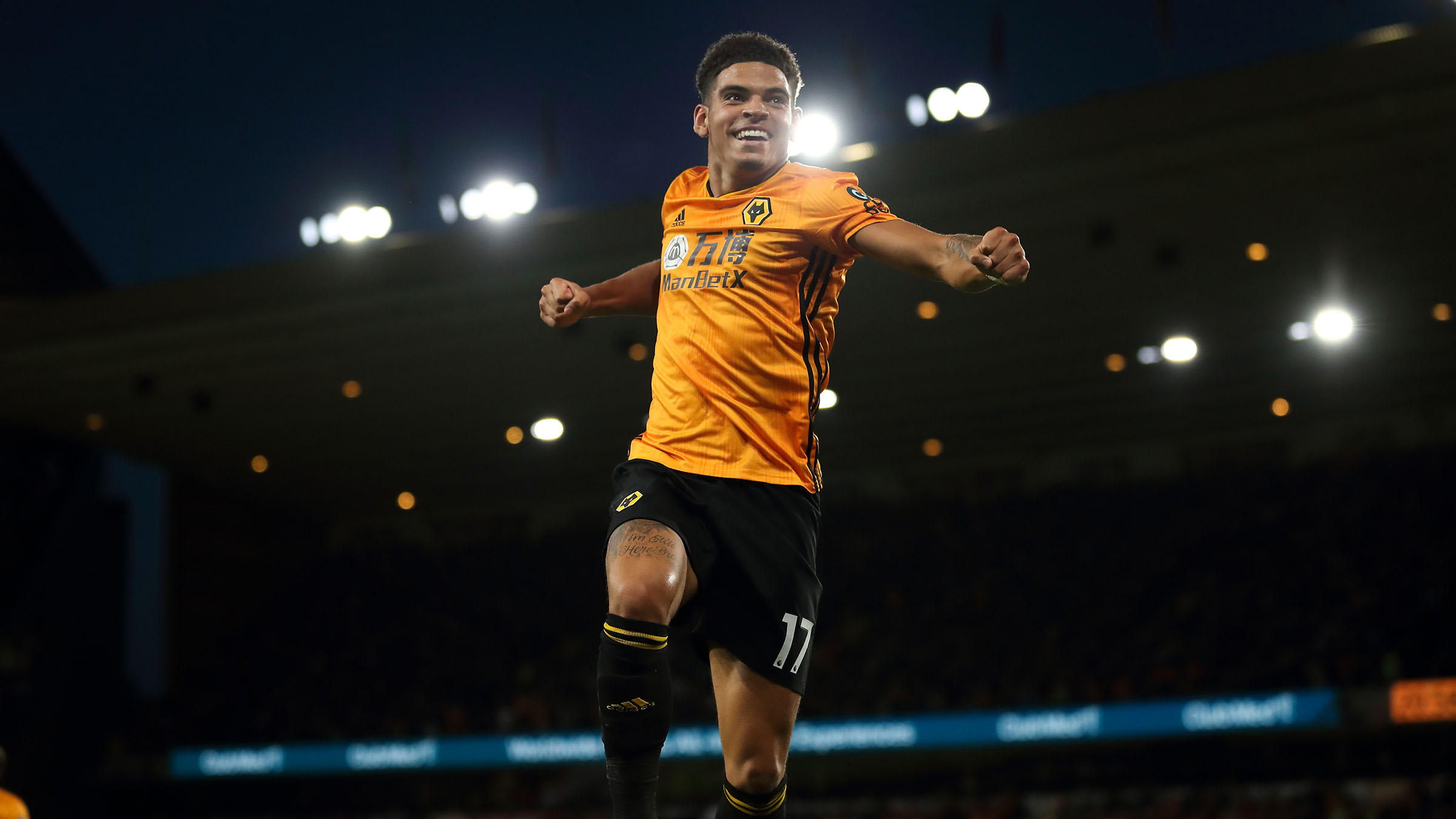