When Wolves step out at Molineux to take on Arsenal on Saturday, despite the lack of crowd, it will be an extra special occasion for Nuno Espirito Santo, as the head coach marks his 150th game in charge.

Since May 2017, Wolves have tasted success after success under the Portuguese boss, with supporters experiencing football reminiscent of the 1950s to 70s glory days, when the team in gold and black were competing among the elite of European football.

To celebrate the impact Nuno has had on the current Wolves side, we’ve delved into the history books to look back at the previous old gold managers who reached 150 matches at the helm.

The second ‘official’ manager of Wolves, Addenbrooke was one of the founding members of the club when it initially launched as St Luke’s FC back in 1877 while he was working as a teacher at St Luke’s School.

Although he never played for the first-team, Addenbrooke was a forward for the reserves before being appointed the club’s first ever paid secretary-manager in 1885, where he led Wolves to their first two FA Cup titles in 1893 and 1908.

His 37-year tenure as Wolves manager came to an end in June 1922 when he stepped down due to ill heath, and he sadly died just months later. His managerial term remains the longest in club history. Manchester-born defender Frank Buckley was appointed in July 1927 after spells with Norwich City and Blackpool, bringing renewed success to Molineux.

Although his only major honour during his 17 years at the club being the Division Two title in 1931/32, Wolves finished runners-up in Division One during back-to-back seasons between 1937 and 1939, as well as coming up short in the FA Cup final of 1939.

However, Buckley’s lasting legacy at Wolves is off the pitch, as he brought hundreds of thousands of pounds into the club from transfers, was responsible for bringing through Stan Cullis and Billy Wright and the creation of a youth system which shaped the Wolves side of the 1950s. 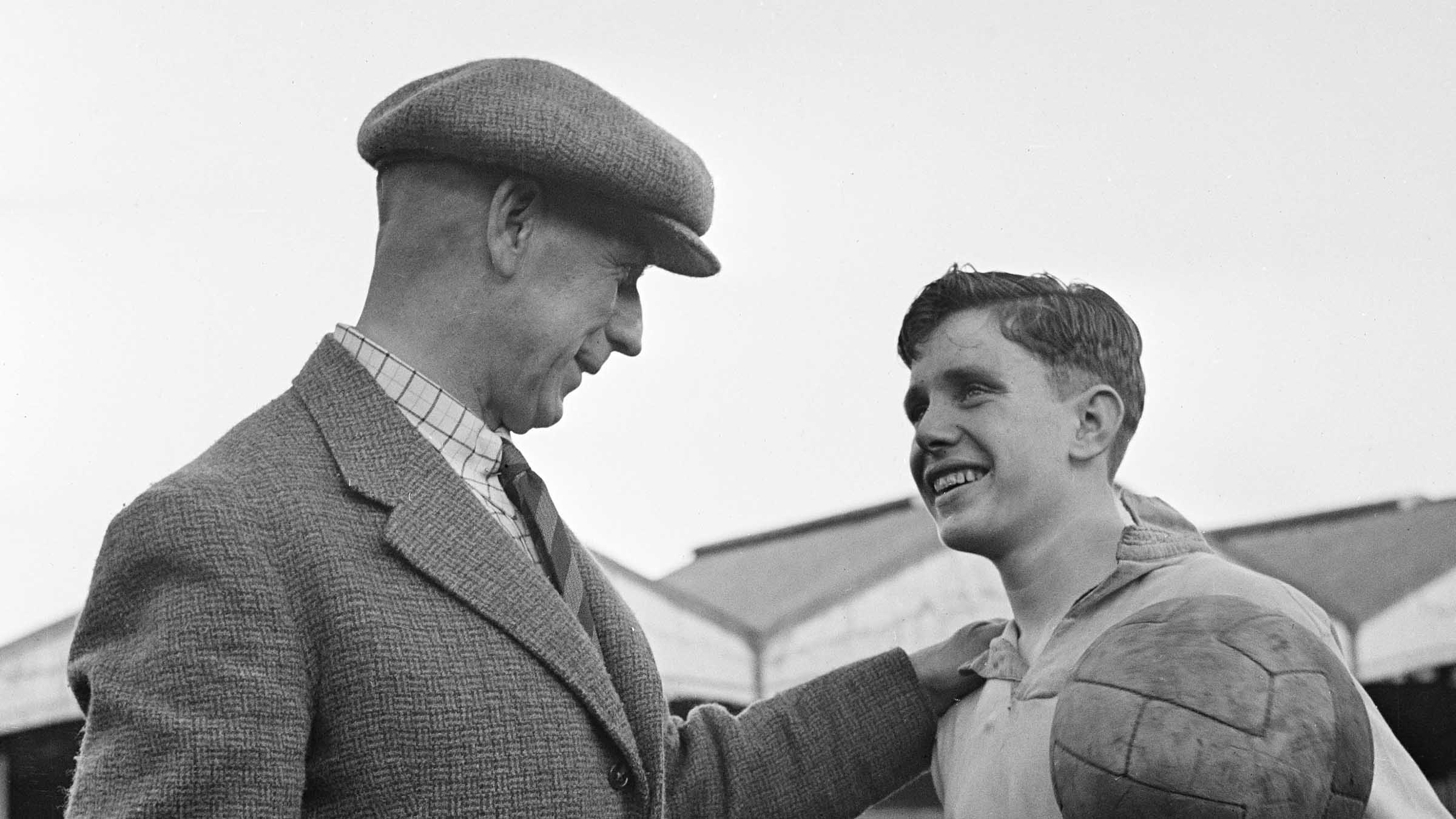 Welshman Ted Vizzard has the second highest win percentage in the history of Wolves managers, but despite this record, he was unable to win a major title while in charge of the club.

With his time at the Molineux helm coming between Buckley and Cullis, Vizzard’s tenure was not as memorable as his fellow managers, but during four years in gold and black, the former Bolton Wanderers defender took Wolves to a third place finish in the First Division during the inaugural peacetime season in 1946/47. 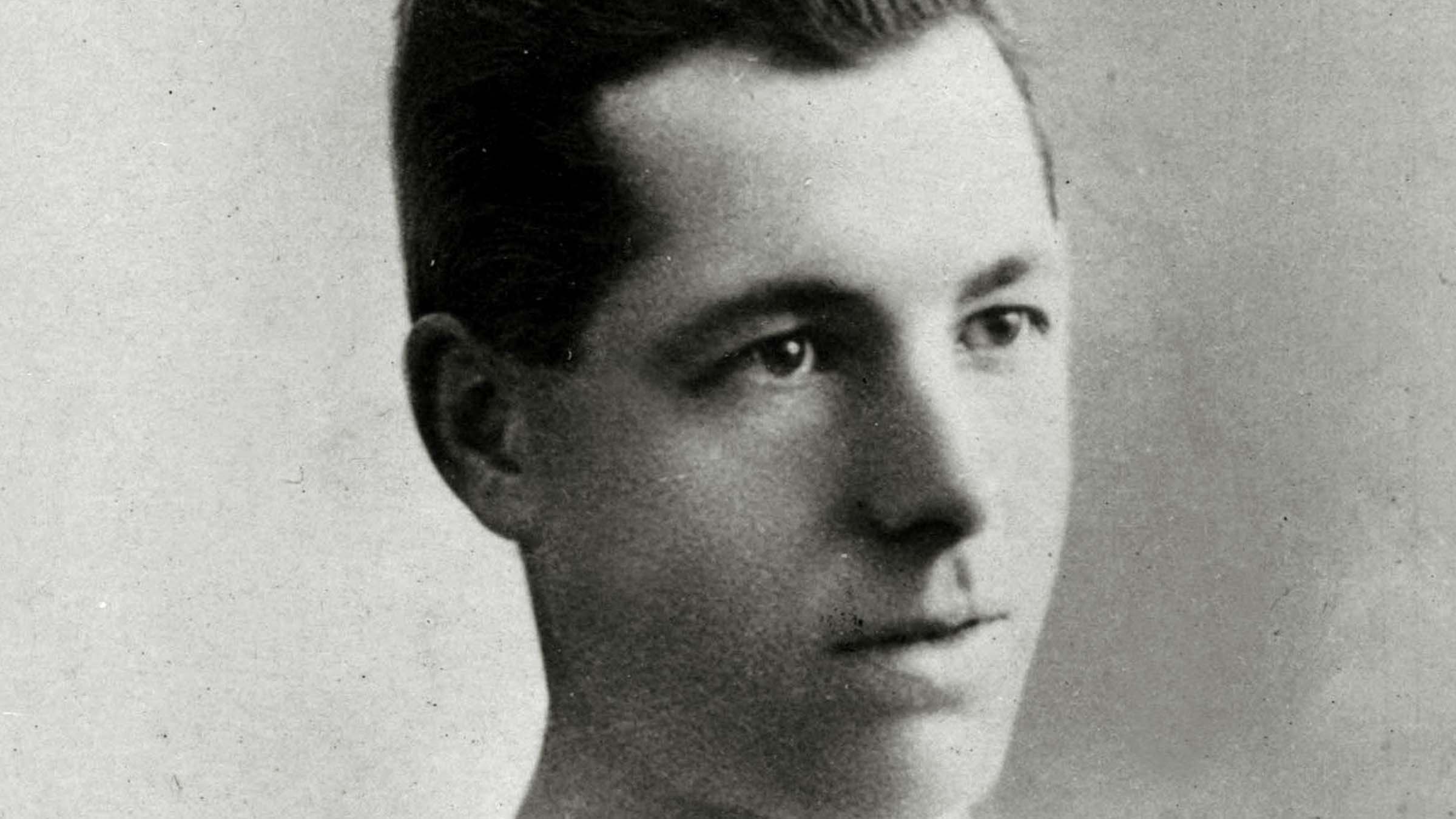 The most successful manager in Wolves history when it comes to titles, Stan Cullis’ legacy will forever shine bright at Molineux.

After making his debut for Wolves as a player in 1934, the England international made the transition from defender to boss in 1948, winning the FA Cup in his first season and becoming the youngest manager ever to win the competition. Five years later, Wolves overhauled Black Country rivals West Bromwich Albion to win their first league title.

Cullis was in charge during the days of the ‘floodlight friendlies’ where the greatest teams from across the world took on Wolves under the Molineux lights, with the 1954 win over Honved seeing his side being monikered ‘Champions of the World’. 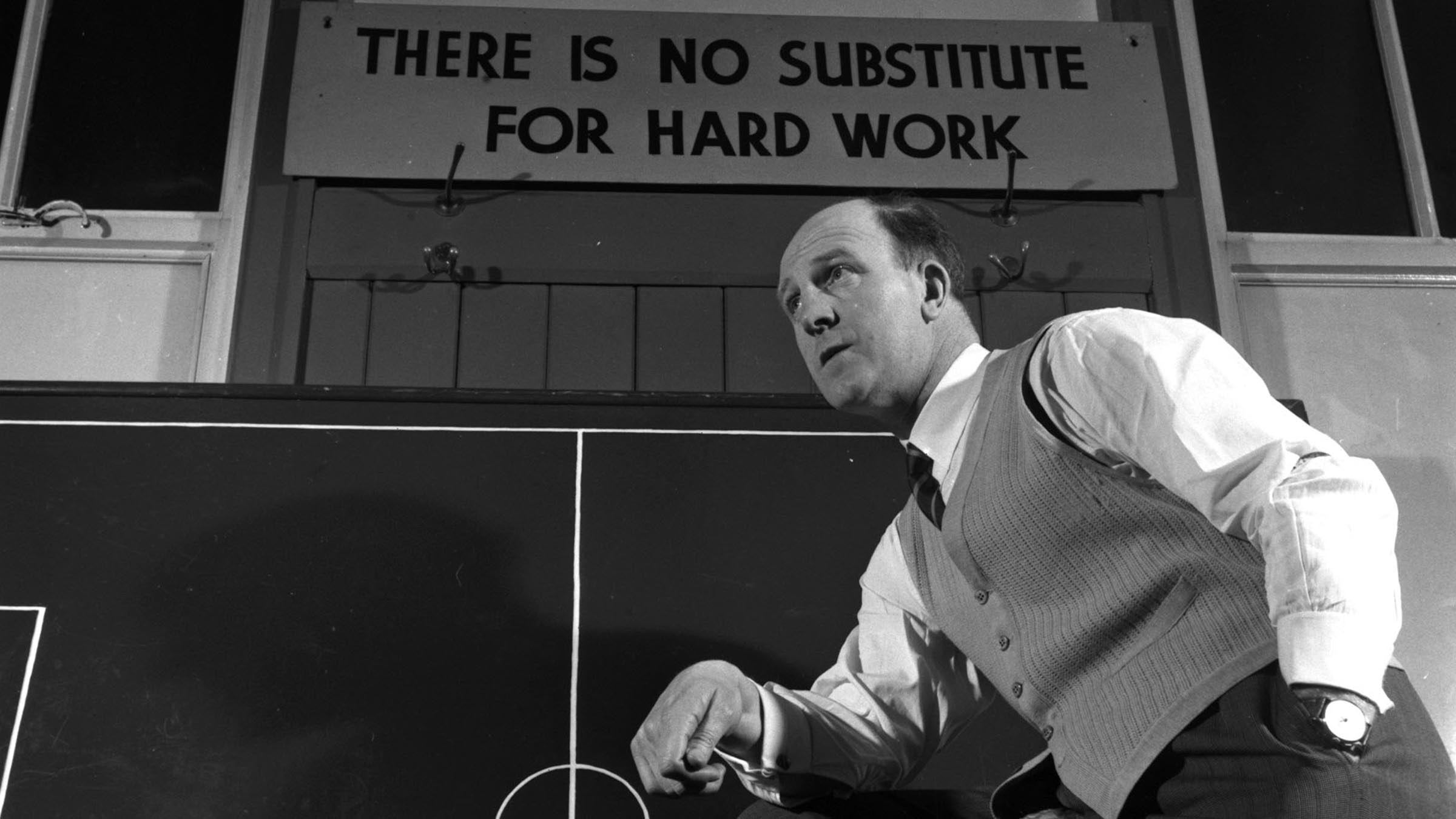 Another former England player, Ronnie Allen, arrived at Molineux in March 1965, initially as a senior coach to work under manager Andy Beattie, before replacing the Scot in September, just after the club’s relegation to the Second Division.

Guiding the team to promotion in 1966/67, Allen signed many quality players during his time at the club, including legendary striker Derek Dougan and captain Mike Bailey.

Despite helping Wolves to consolidate their top-flight status in 1967/68, Allen was sacked and replaced by former Port Vale teammate Bill McGarry. The less said about Bill McGarry’s send spell in charge of Wolves the better, but the no-nonsense manager had a very successful first stint at Molineux after walking out on Ipswich just months into the 1968/69 campaign.

McGarry built a fruitful team to compete in the top-flight of English football, winning the first ever instalment of the Texaco Cup in 1971. Under McGarry, Wolves competed in the inaugural season of the UEFA Cup, going all the way to the final after overcoming teams such as Juventus, until being beaten by Tottenham Hotspur at the final hurdle.

Although further seasons in the UEFA Cup followed, McGarry’s side were unable to replicate their first attempt in the competition, but did taste victory in the 1974 League Cup, where the Stoke-born boss won his first major trophy, beating Manchester City 2-1 at Wembley. 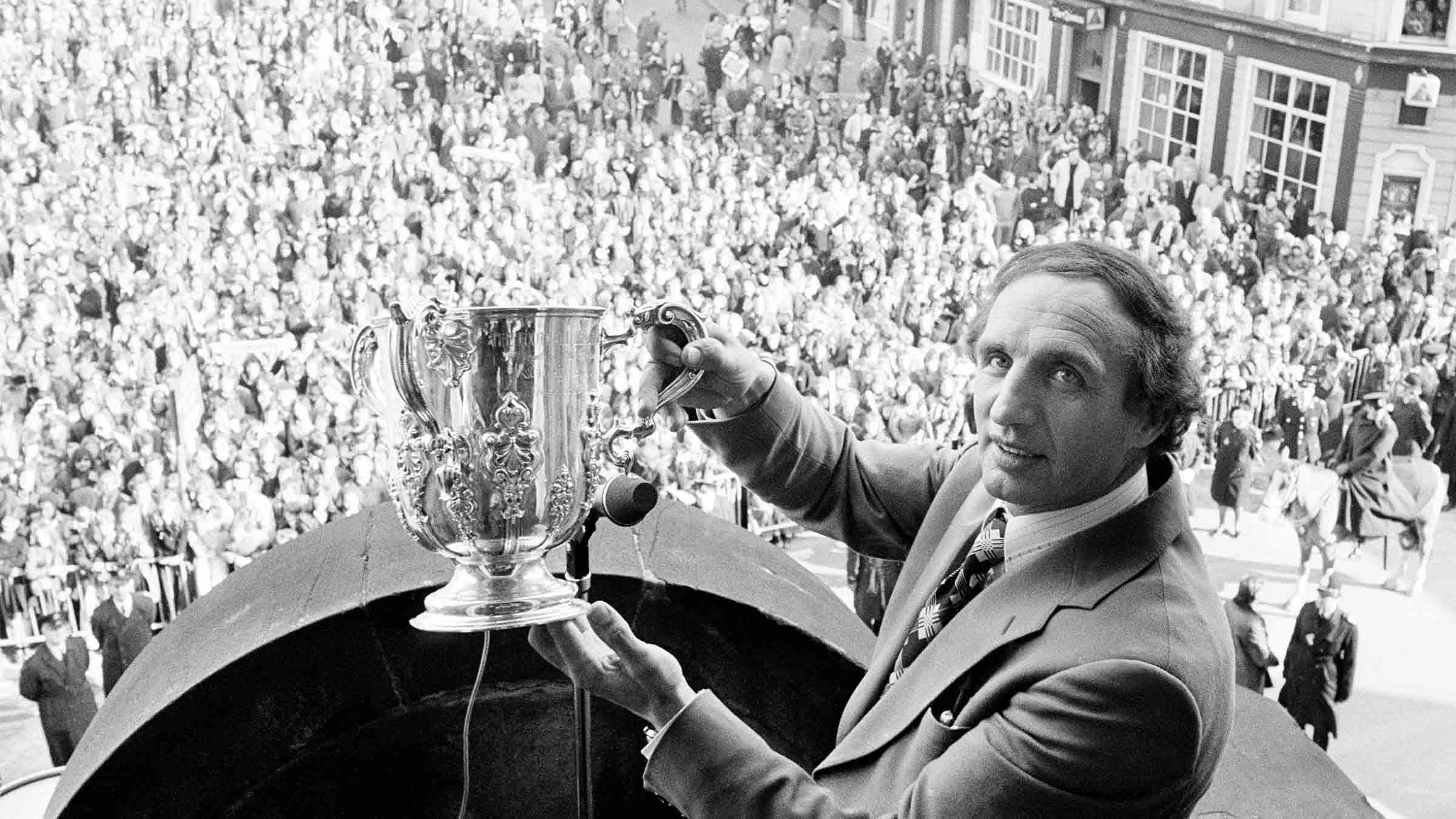 A popular manager amongst his players, John Barnwell spent three-and-a-half years at Wolves where he helped the club to their last major title – the 1980 League Cup, thanks to a 1-0 win over Nottingham Forest.

During his time at Molineux, Barnwell took Wolves to two FA Cup semi-finals, both times missing out on the final, first losing to his former club Arsenal and then to Spurs.

However, Wolves’ league form suffered, going from sixth in the First Division in his second season – despite being involved in a horrific car accident in which Barnwell suffered a fractured skull, to bottom of the league in his third, leading to the Geordie resigning. 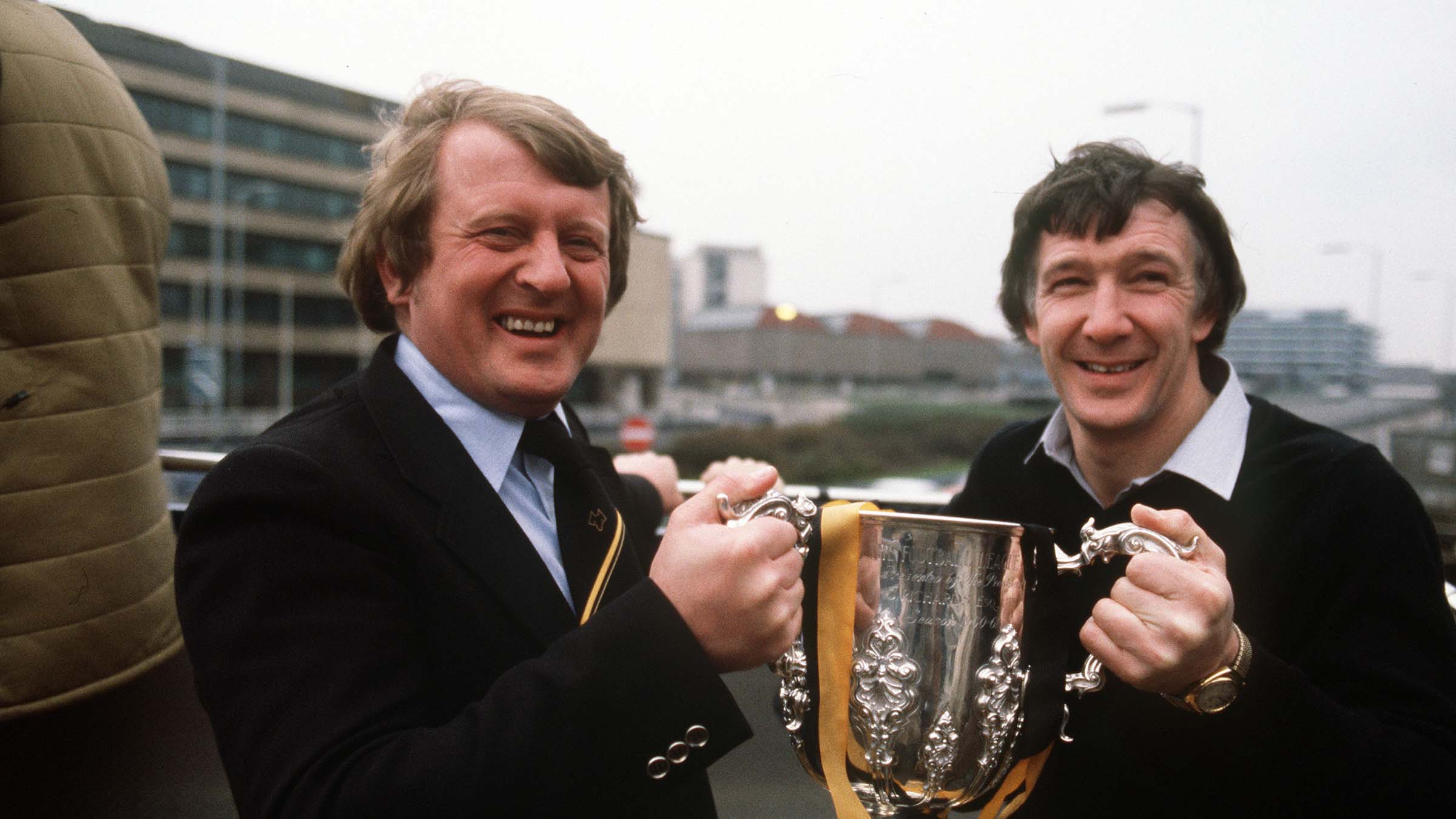 The man who was given an unbearable task to turn around a Wolves team which had fallen from the First to the Fourth Division in successive seasons was Graham Turner.

With the club in serious financial troubles and on the brink of going out of business on several occasions, Turner made the impossible possible as he earned back-to-back promotions from the basement of professional English football to the Second Division – helped greatly by the goals of Steve Bull.

Turner’s second season at the club also saw the team claim the Sherpa Van Trophy title in 1988, in what was to be Wolves' final appearance at the old Wembley Stadium. 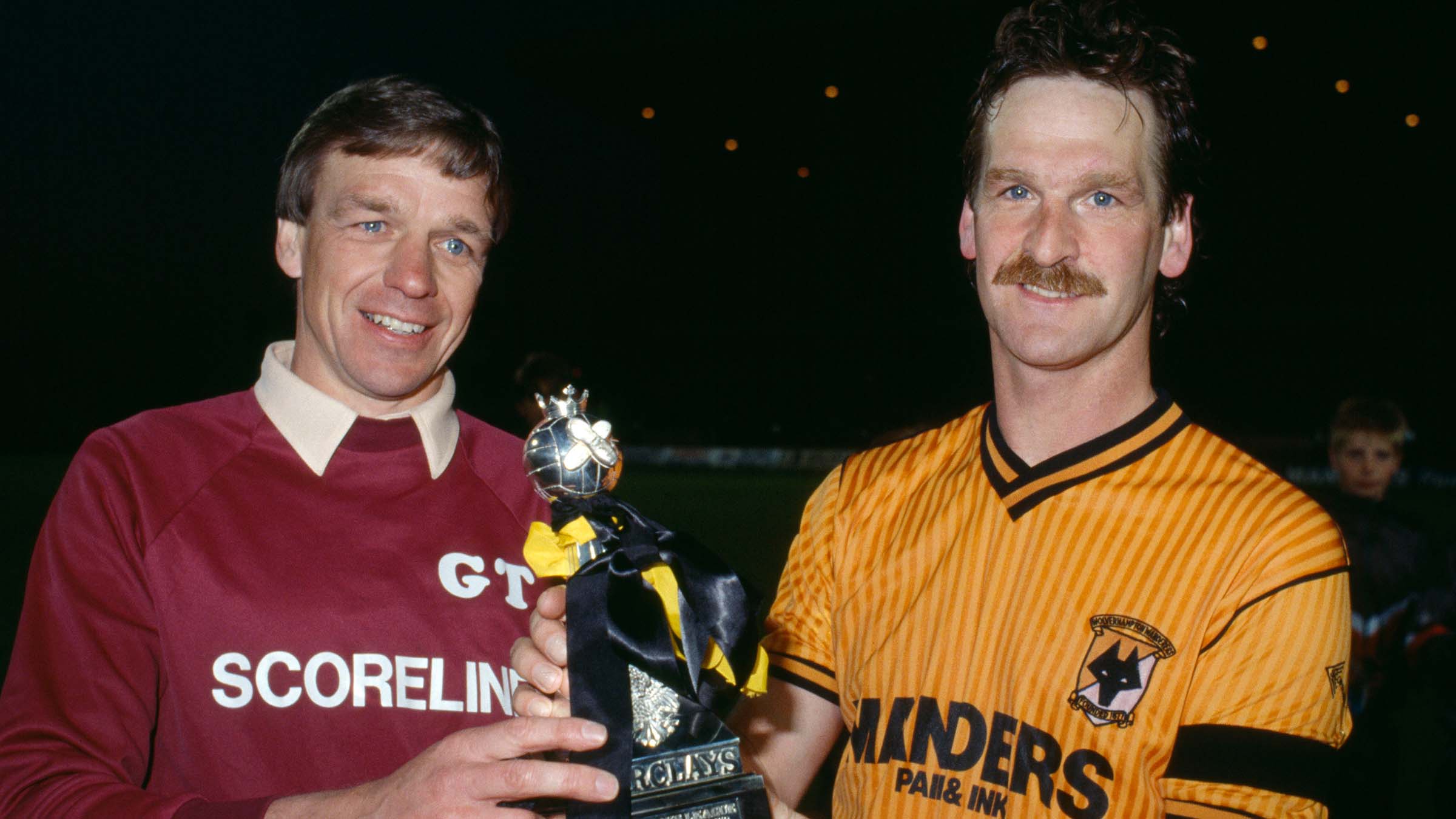 Probably the most underwhelming time for all of the managers who have been in charge of more than 150 games for Wolves is the three years of former Scottish striker Mark McGhee.

McGhee joined Division One Wolves after the club had failed in their promotion push in the play-offs to Bolton the previous season, and despite trying to get the club into the Premier League through a number of signings, the club was unable to make the step up to the top-flight.

Despite an FA Cup semi-final appearance against Arsenal at Villa Park, McGhee was fired 12 games into the 1998/99 season, being replaced by his assistant, Colin Lee. 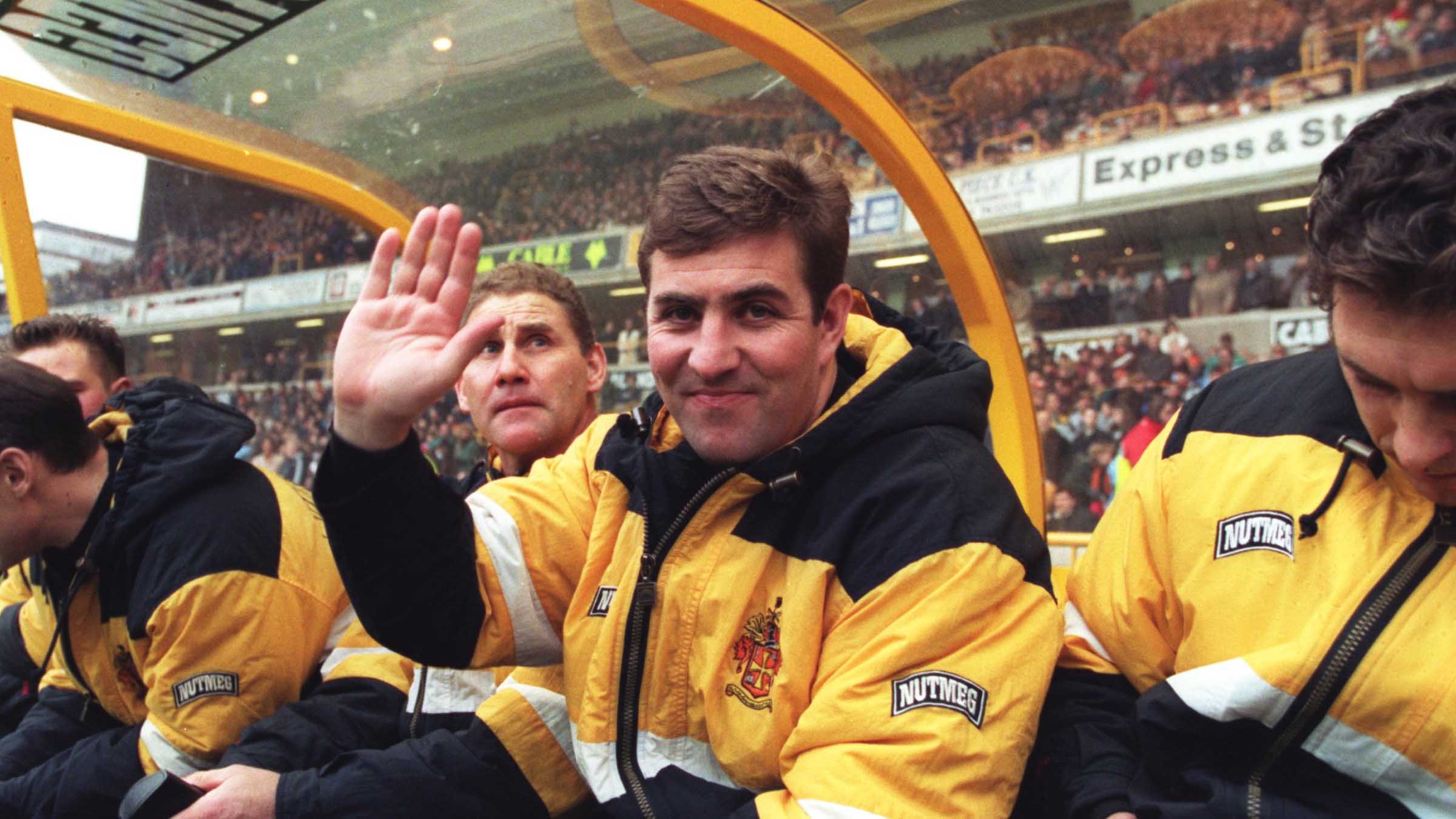 The summer after joining Wolves at the start of 2001, Dave Jones was given the largest spending spree in Wolves’ history to overhaul the playing squad, as he created a team capable of earning promotion to the Premier League.

Although throwing away an 11-point lead to miss out on promotion in 2001/02, Jones was able to take the club back to the top-flight the following campaign thanks to a play-off final win over Sheffield United at the Millennium Stadium, ending an 19-year absence from the top tier.

Unable to significantly add to his side, Jones and Wolves spent just one season in the Premier League, before dropping back down into the Championship. 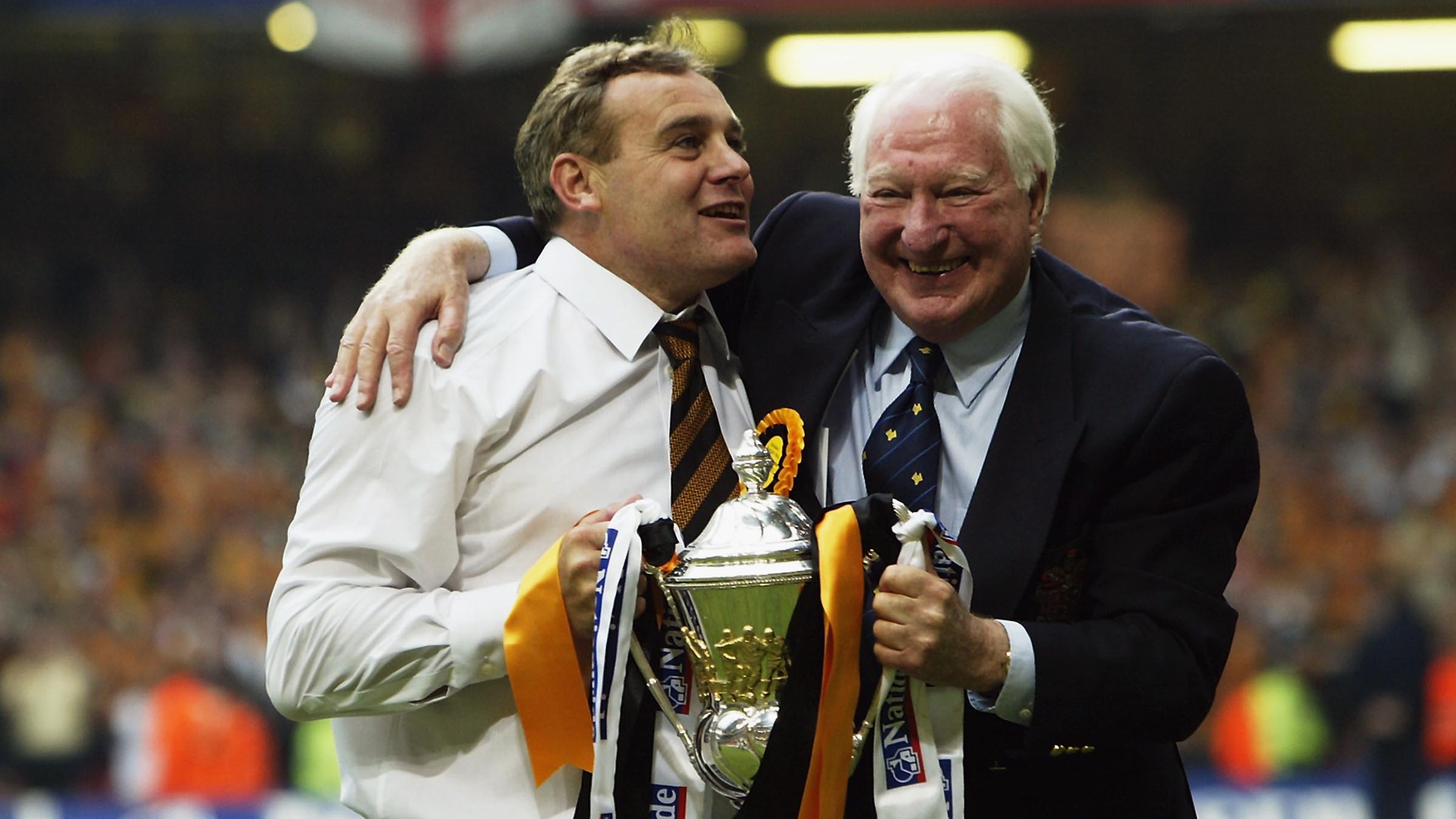 The six seasons Mick McCarthy spent at Wolves were some of the most successful since the 1970s as the club won their first second tier title since 1976/77.

With a squad of relative unknowns, McCarthy led Wolves to promotion from the Championship in 2008/09, before successive seasons in the Premier League followed for the former Republic of Ireland defender and manager, as Wolves began to establish themselves back as a top-flight club.

McCarthy helped Wolves to famous wins over Manchester United, Liverpool and Chelsea during his time at the Molineux helm, as well as a short time of topping the Premier League table, before his time at the club was cut short later in the 2011/12 season after a poor run of form. 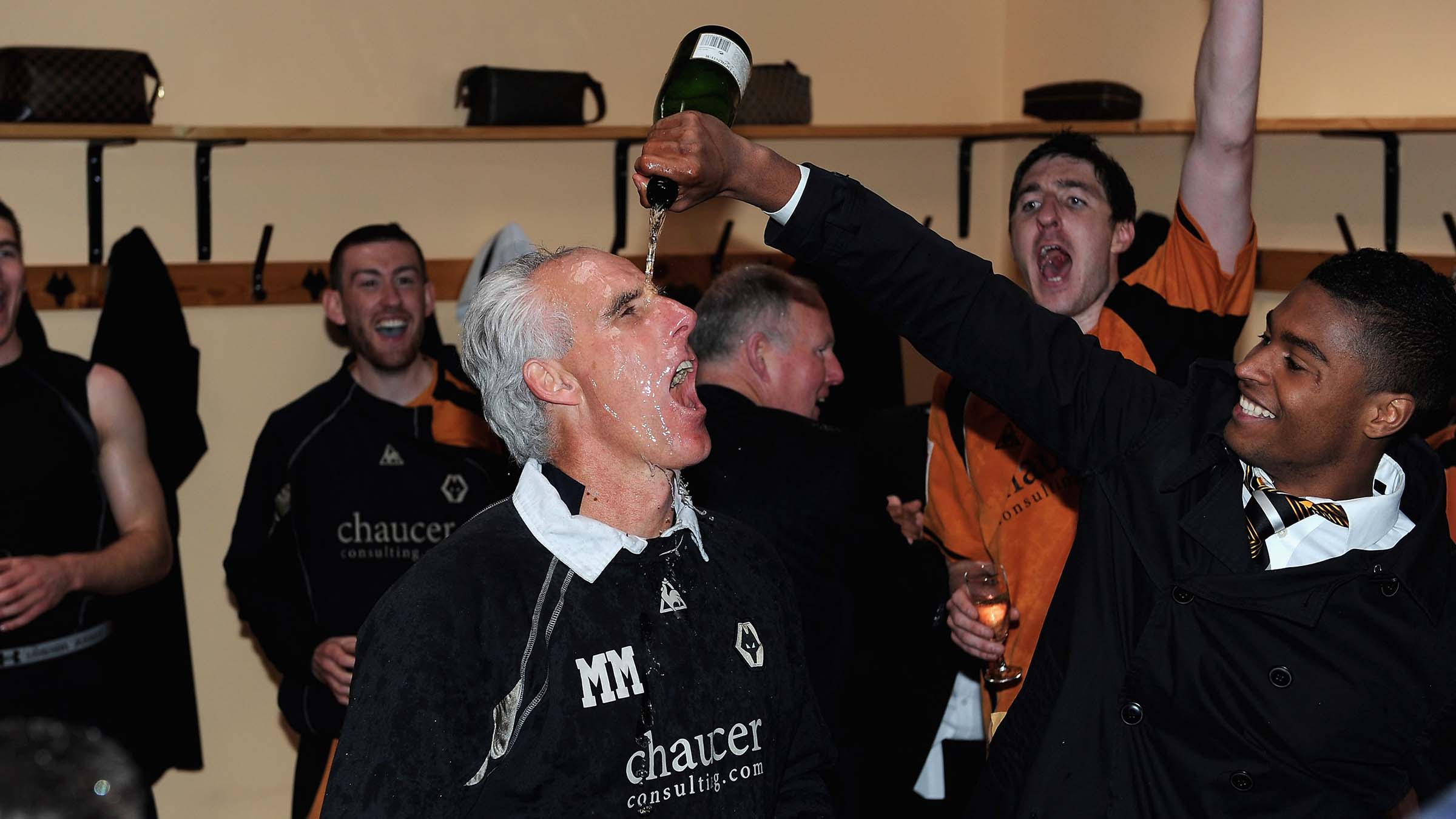 Similarly to how Graham Turner was tasked with revitalising the sleeping giant, the responsibility to halt Wolves’ slide from Premier League to League One fell on the shoulders of Kenny Jackett.

The former Watford, Swansea City and Millwall boss arrived at Molineux following successive relegations and a fractured playing staff, where he wiped the slate clean and began rebuilding the Wolves that is known today.

Jackett has the fourth highest win percentage of any Wolves manager in history, helped greatly by a highly successful first season where he led the club to a new divisional points record of 103, thanks to 31 wins from 46 matches. 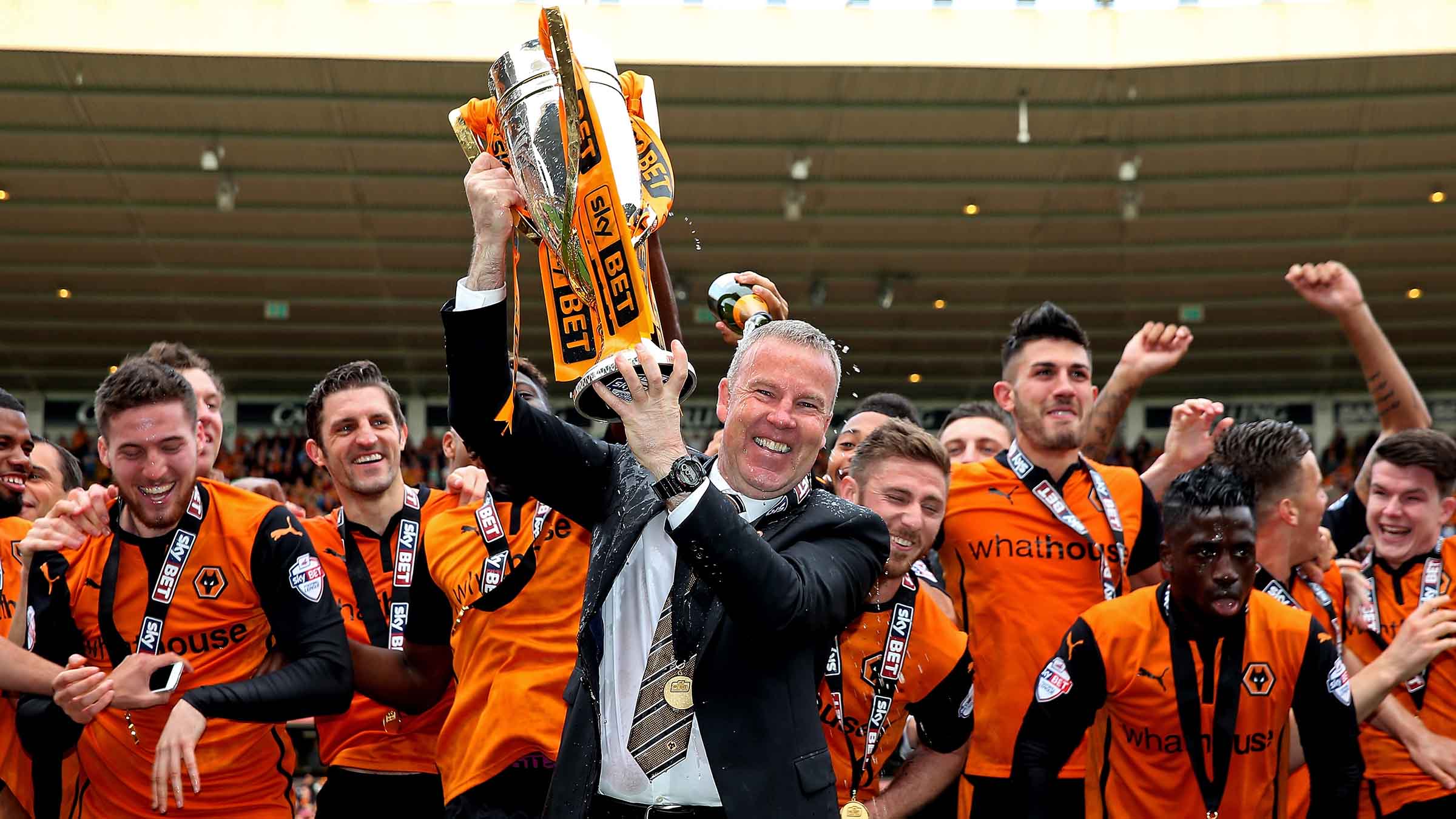 Win, lose or draw on Saturday evening, the most successful man – according to statistics – who has managed Wolves for at least 150 matches will be Nuno Espirito Santo.

After arriving on 31st May 2017, it didn’t take long for Nuno to stamp his authority at Molineux, moulding the entire club in his image and bringing in some of the greatest players the Championship had ever seen in Ruben Neves, Diogo Jota and Willy Boly.

Achieving promotion back to the top-flight following a six-season absence with four matches remaining in his first campaign, Nuno went on to receive the Premier League manager of the month award in just his second month managing in the division after an unbeaten September 2018.

His second season saw Wolves end seventh in the Premier League, the club’s highest finish since 1979/80, qualification to the Europa League and Wolves’ first appearance in European football for almost 40 years and a place in the FA Cup semi-finals for the first time since 1998.

That form continued into this season, with Wolves currently sat fifth in the table, unbeaten in eight matches with three wins in a row since the Premier League returned following the three-month Covid-19 suspension, plus the second leg of the Europa League last 16 still to play.

The only Wolves manager in history to win more than half of his games in charge; all hail king Nuno Espirito Santo.