Wolves Academy’s boys’ and girls’ players have united to share skills and football experiences as they competed in the club’s first ever mixed football tournament as part of the Premier League’s Truce Project.

The under-12 boys’ and under-14 girls’ squads have been learning about the conditions and sacrifices people had to make during the time of the First World War as part of the project, which highlights the German and Allied forces coming together to play football on Christmas Day during the First World War.

Ahead of Remembrance Sunday, the players took part in a workshop to learn about the importance of collaboration and working together, as well as undertaking a visit to RAF Cosford to understand how the forces help other nations with humanitarian aid and clearing up after disasters, not just war. 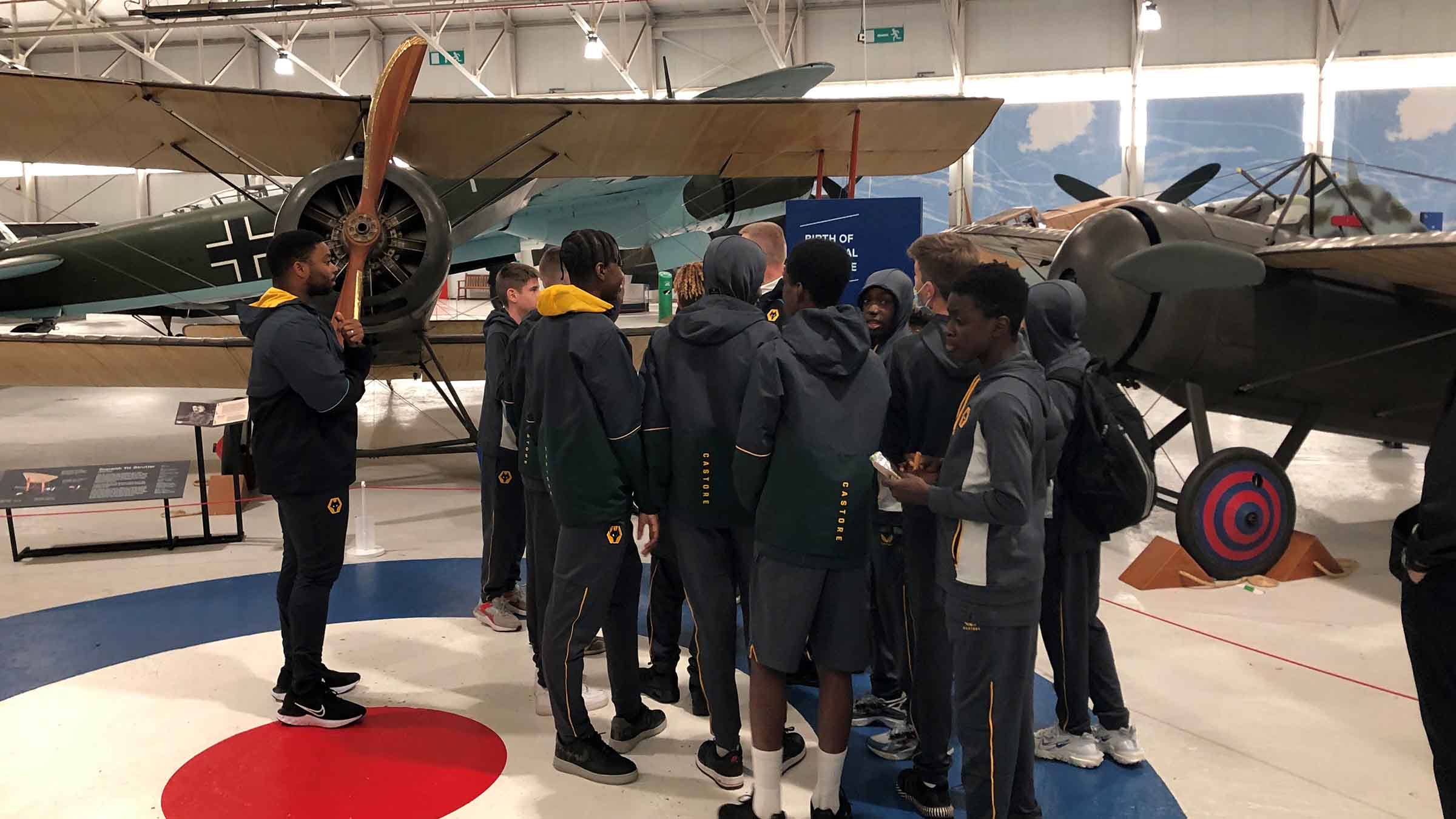 As part of celebrating the work they had done together, the players recently participated in a mixed training session, working together under the Academy’s coaches to prepare for the ‘Wolves Working Together Cup’.

After training, all players competed in the competition, where emphasis was all in the name of collaboration and partnerships to succeed in a common goal.

All teams taking part were named after battles from the First World War, and after some sterling team performances, the final was decided on penalties, with Gallipoli running out the eventual winners.

It is hoped the mixed tournament, organised and run by the under-18 squad, will be continued in future years.

Earlier in the day, the under-12 boys were joined by arts and crafts company Creative Mojo, to create poppy wreaths to present at the Truce tournaments.

The players used recycled paper to reflect the important discussions which have been taking place at the G20 and COP26 conferences around climate change.